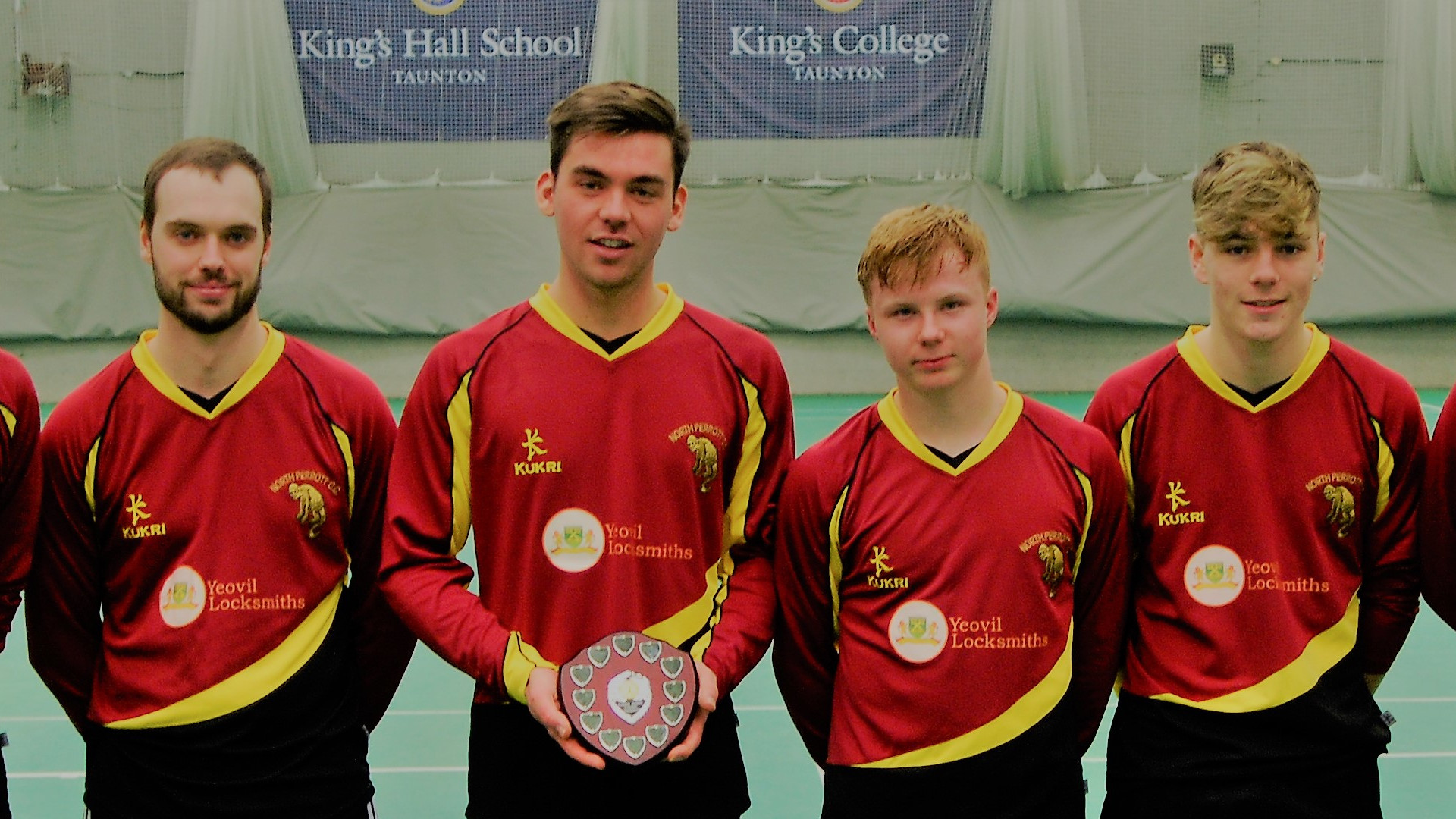 Four teams qualified through local SCB Indoor competitions to compete for a place in the ECB Indoor National Club Championship Regional Round.  The four clubs making up the two semi-finals were; North Perrott versus Wembdon and Wellington versus Wells.

The two teams contesting the eventual final were North Perrott, having beaten Wembdon by 107 run and Wells who overcame Wellington by 33 runs.

In the Final North Perrott won the toss and elected to bat.  The opening pair of Retter and Baird soon racked up the runs reaching 64, before Retter and Baird were run out for 29 and 23 respectively.     Perrott kept the runs ticking over with a superb performance from Gordon Whorlow who remained not out for 32.  The pick of the Wells bowler was Dave Stacey taking 1-28.  North Perrott set Wells a target of 125 to win the game.

Wells started the game steadily reaching 20 before Vassali was run out by good fielding from Whorlow.  Jack Moore remained at the crease for an impressive 43 before being run out, again by Whorlow.  Moore was the pick of the Wells batters, with Perrott bowlers Retter and Symes taking 29-2 and 13-1.  Perrott ended the Wells innings in 8 overs and won by 63 runs.

North Perrott will now progress and represent Somerset in the ECB Indoor National Club Championship where they will take on the indoor champions from Gloucestershire.  The winner of this tie will then take their place in South & West Final in March.

We wish North Perrott the very best of luck in their tie against Cheltenham Civil Service CC.