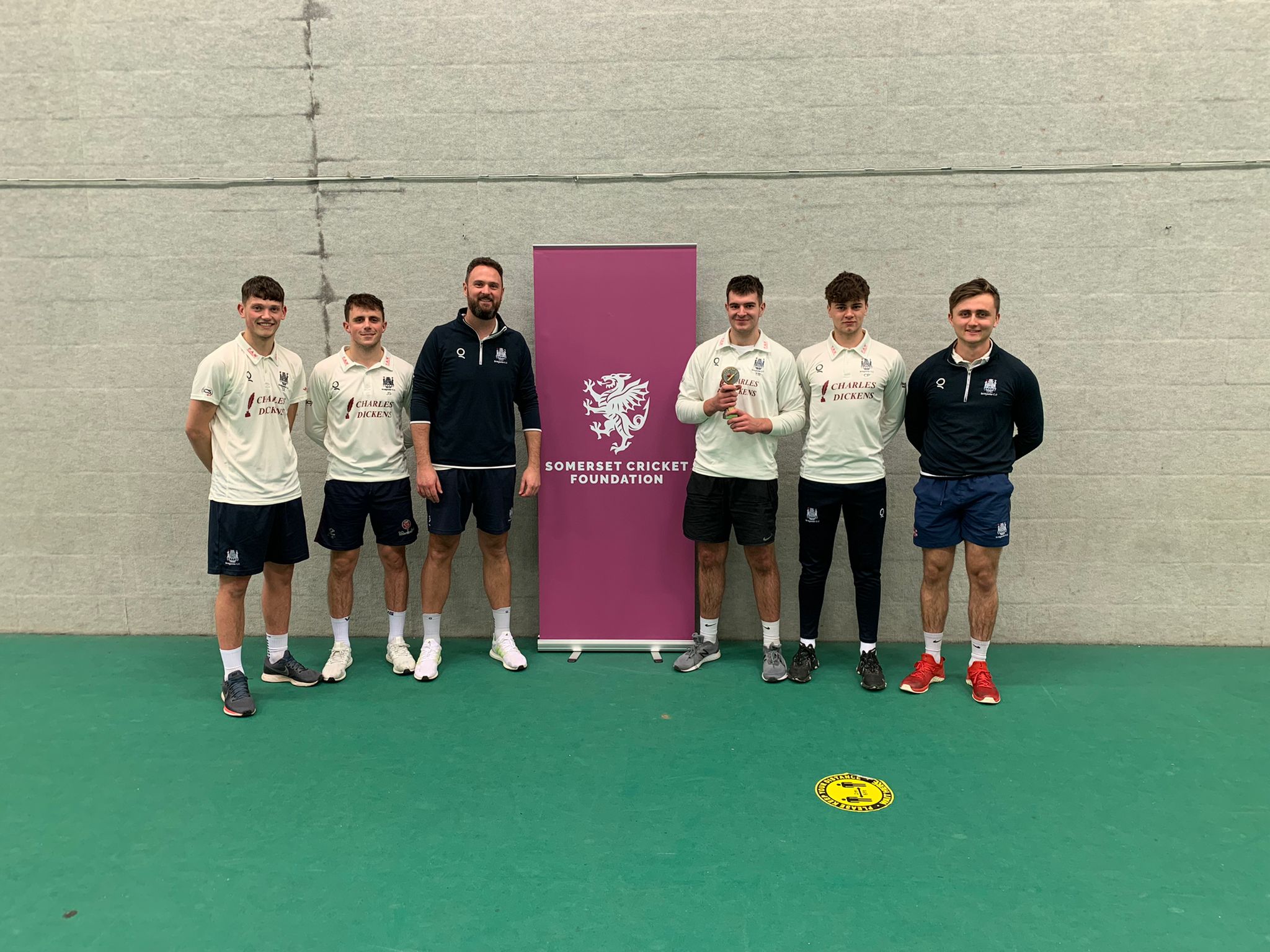 Sunday 19th December was the culmination of ten weeks of fixtures of an indoor cricket season at the CA County Ground.  Five divisions, with 26 teams competed in three divisions; U17’s, Club and Corporate.

The U17’s was the first league to complete its fixtures with an impressive Taunton Deane side securing five wins from five!  Ged Williams-Pritchard was the pick of the batters scoring an impressive 157 runs from 4 games with a strike rate of 230.88.    Top bowler went to Tom Wickens from Bridgwater CC taking an impressive 7 wickets.

The Club league saw Sampford Arundel pip Taunton Deane to the Division B title by run rate after both reaching 72 points.   Impressing with bat was Taunton Deanes Max Johson scoring 108 runs and picking up the poles was the Deanes’ Connor Chilcott with 5 wickets.

Division A was won by Bridgwater CC who took the league with a clean sweep of victories.  However, it was Wembdon CC’s Jon Brockwell who was swinging the willow, scoring 104 from his 4 games.    The divisions top bowler  went to Tom Bellinger of Bridgwater CC picking up 5 wickets with a season best of 2/7 and an economy rate of 4.93.

Finally, our corporate league Division A was won by Somerset Wyverns, pipping Lloyd & Whyte to the title courtesy of securing some bonus points for consistently fielding a mixed team.  Stand out batter was Gabriel Elkins from this year’s debut team WPA.    Best performing bowler went to Somerset Wyverns Jon Lewis-Oliver who picked up 6 wickets.

Division B was won by W Gadsby & Son with a clean sweep of victories.    No surprise that top batter & bowler went to Gadsby’s J Lane with an impressive 78 runs from three games. and Beth Sellick as the best performing bowler picking up 8 wickets with a season best of 7/13.

A huge thank you to all the clubs involved in this year league.  Restrictions and conditions made it tricky, but we still managed to complete a total of 47 fixtures.