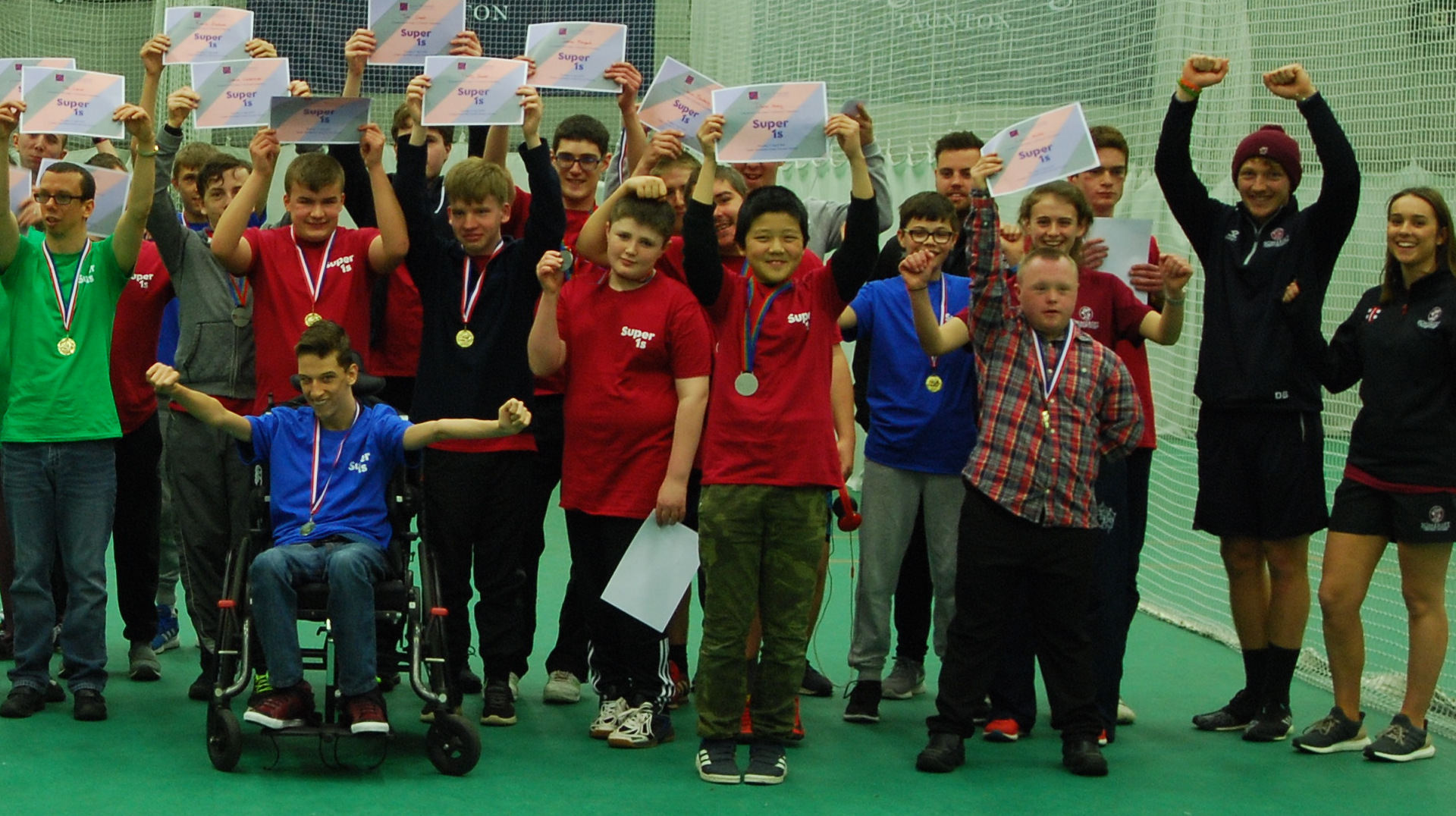 Taunton Super Maroons came out on top in the first ever Super 1s Festival, which was held at the Cooper Associates County Ground this week.

Super 1s is a national project designed to give young people with disabilities the chance to regularly play cricket. Weekly sessions aimed at 12 to 25-year-olds have been taking take place in Bath, Bridgwater, Taunton and Yeovil. The sessions are fun, played with a softer ball and teach the basics of cricket, plus they are free to attend.

Somerset Cricket Board launched the programme in January, and this week all the Super 1s hubs were invited to take part in the inaugural Super 1 Hub Competition.

The event saw 32 young people attend from across the four Super 1 hubs. Each hub participated as a team, with the Taunton hub having enough players for two teams. The format for the event was pairs cricket with teams of six  facing six overs. Each batting pair faced 2 overs. Each team was also given a tour of the players pavilion at the Cooper Associates County Ground.

Somerset and England spinner, Dom Bess was on hand to present the certificates and medals.

After the presentation ceremony Dom said: “It’s been an amazing event and it was great to see how happy the kids were. Super 1s is a great initiative because it allows these guys to get together and play some cricket but also gives them the chance to socialise. Being involved has really brightened my day and I hope that everyone else enjoyed it as much as I did.

“It’s important that we support events like this because there should be no barriers to playing cricket or having fun.”

Steve Gass, Growth & Participation Officer for Somerset Cricket Board said: “It was a wonderful morning! It was a superb effort from everyone who attended and it was great to see all our Super 1s hubs have a team represented.

“Our four hubs have all had at least eight weeks coaching, so it was pleasing to see the young people put their newly learnt skills into action. Each young person who attended the event played with huge energy and enthusiasm.

“It looked like everyone had a great time and it was amazing to have Dom Bess present our certificates and medals.  The excitement on the faces of players was truly fantastic.”