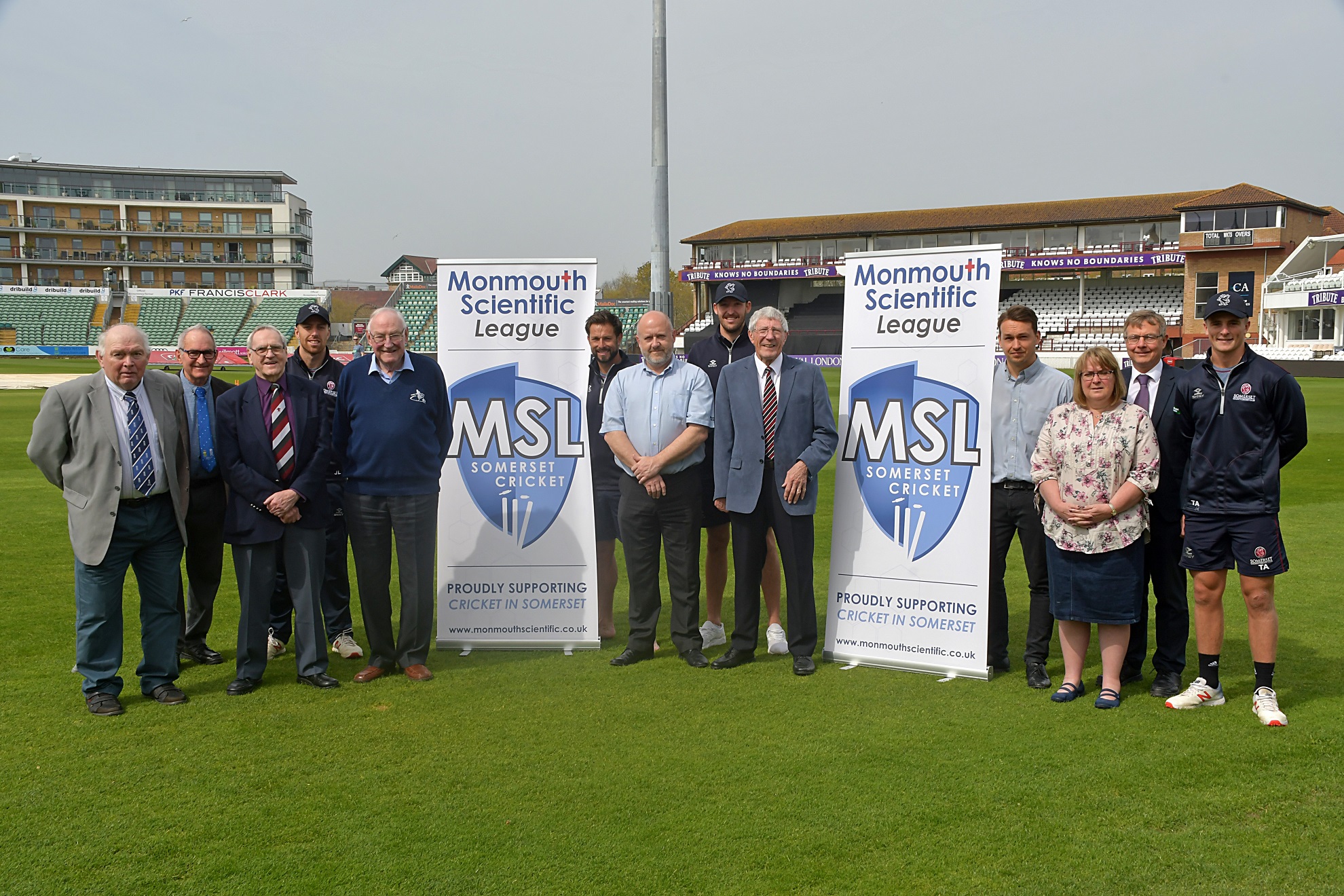 Previously known as the Shrubbery League, the SCL will now have the title of the “Monmouth Scientific League.”

League Secretary, Ray Hancock said:  “We are very fortunate that David Pomeroy, the MD od Monmouth Scientific is a playing member and Chairman of Middlezoy CC in the League and so will be well acquainted with all the issues involved with running a successful cricket league.”

The group were joined at the ground by Tom Abell (SCCC Captain); Peter Trego; Jack Leach and Paul Van Meekeren of the County Cricket Club, some of who started their cricketing careers in the SCL.

The new sponsors, Monmouth Scientific Ltd. specializes in fume containment, clean air systems and clean rooms. The company designs and manufactures a wide range of systems for use in research, hospitals, laboratories and industry. In addition, it supplies a wide range of ancillary products such as ultrasonic baths, laboratory taps and water baths, ovens and incubators.

Ray Hancock added: “ We hope that this will be the start of a long and successful partnership with MSL, and look would like to thank David Pomeroy for the enthusiasm he has already shown in this new working relationship.”