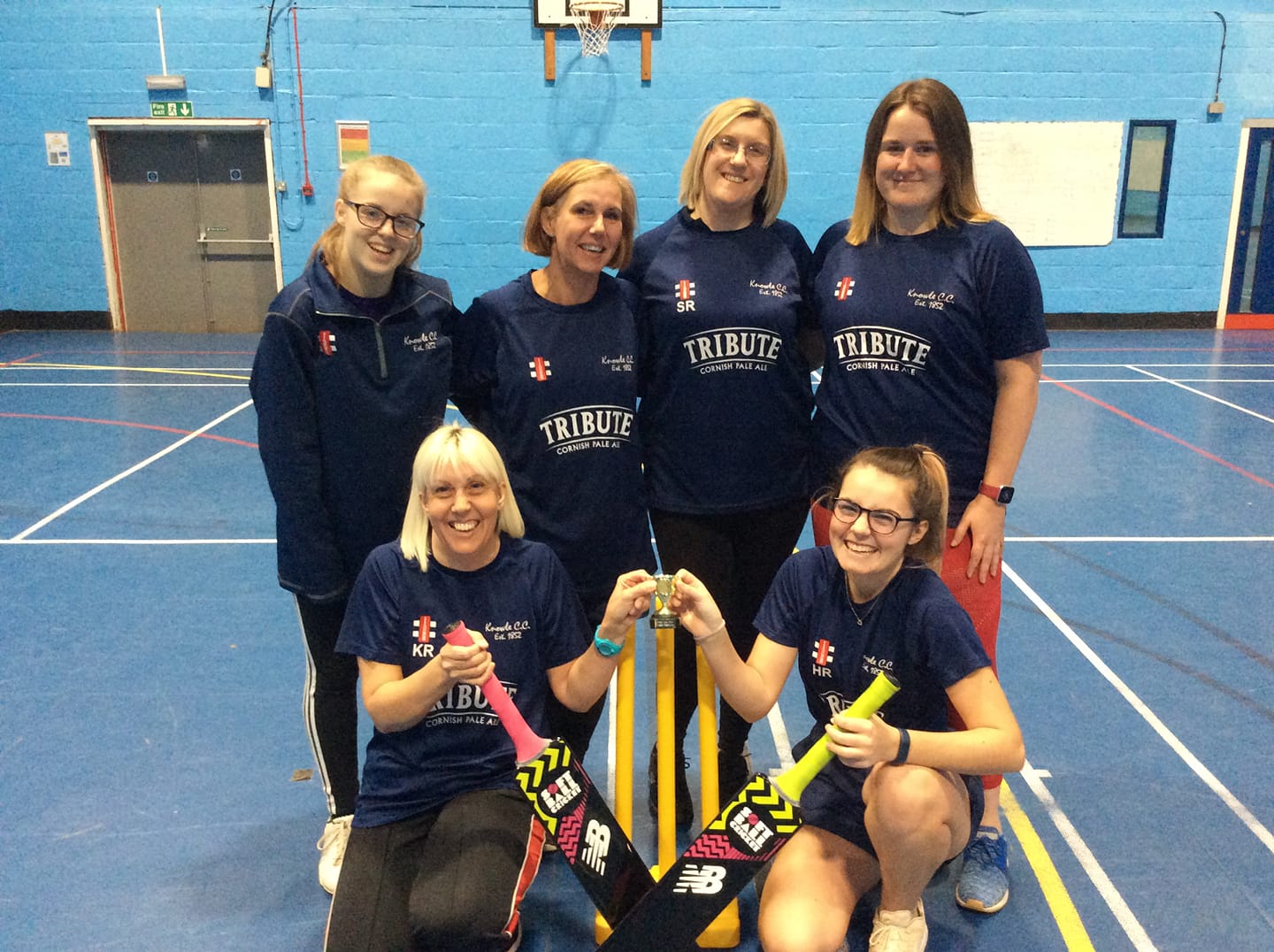 The North Somerset Women’s indoor league has come to an end with Weston-super-Mare and Knowle coming out on top.

Weston won the Shrubsole Division of the North League, going unbeaten in their campaign. Weston’s first match against Lodway saw them win by 87 runs, with Bobby-Lee Kingston being a standout batter in that match- she scored 31 off of 18 balls and Dannie Stone stood out with her 4 wickets off her 3 overs, going for just 1 run. In their match against Brislington, Michelle Ho took 2 wickets from her 3 overs, going for just 14 runs, and Dannie Stone performed well with the bat and scored 37 runs.

In the Wilson Division, Knowle were the champions, winning all 3 of their matches. While their stand out match was against Bedminster where they won by 112 runs. A player who performed consistently throughout with bat and ball was Honey Rodda whose best figures were 41 runs from 15 balls and 3 wickets for 13 run off of 3 overs.

Other notable performances during the season were Lisa Franklin against Brislington where she scored 28 runs off of 13 balls. Katie-May Radcliffe who scored 23 off 13 against Congresbury with Sarah Roberts taking 2 wickets off 2 overs going for just 14 runs in the same match.

We’d like to thank all the teams who took part and to the volunteers who gave up their time to help run the match days- especially to our umpires.