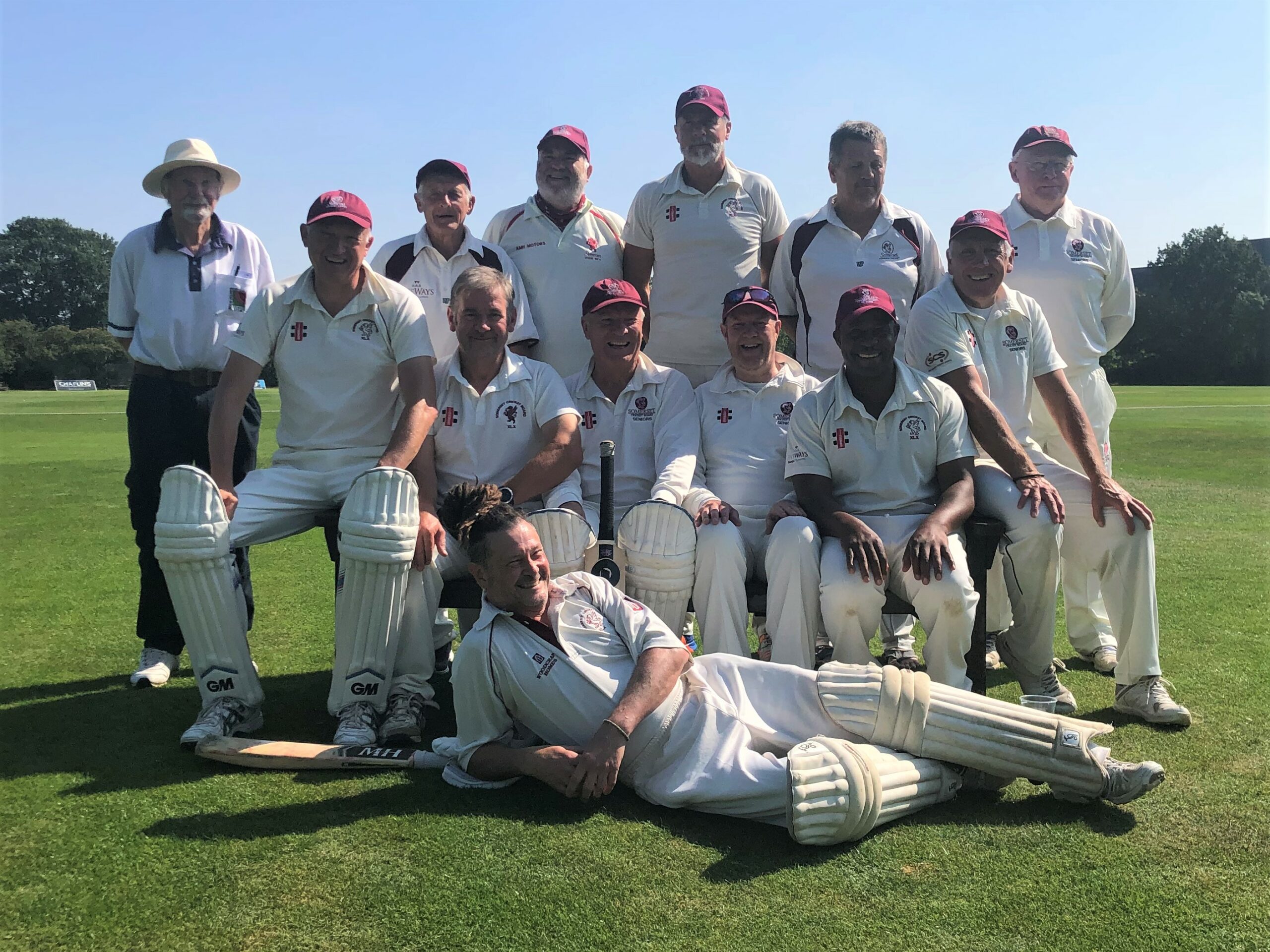 With the temperature fast approaching the mid 20Cs, Somerset made a steady start with Ali Barr and Julian Harvey putting on 48 for the first wicket, which fell at the end of the 15th over.  Harvey helped move the score on to 66 and his departure heralded the now customary brutal acceleration courtesy of Everton Griffith’s bat, with sound support from captain Miles Richards.  Their stand of 156 (Griffiths 100 containing 12 fours and 3 sixes; Richards 51) left Middlesex appearing somewhat tired and a little deflated having chased a lot of leather on a hot and humid afternoon.

Needing to pass 227 to win, Middlesex were not encouraged by the loss of two early wickets captured by Keith Graddon and Ed Morris – the latter going on to claim three more, ending with figures of 9-0-32-4 – but Daniel Richards and Giles Haskell set about building a stand of 95 – with Richards finding the boundary 13 times. When Richards departed, wickets fell at regular intervals and in the 39th over Somerset were confirmed as winners of the Vase by a margin of 54 runs.

Somerset Seniors Cricket provides the opportunity for those who, while progressing in years, have lost none of their enthusiasm for the game.  We have two Over 50s teams, two over 60s teams, one over 70s team and a 60s/70s Friendly XI.  The 1st teams of both the 50’s & 60’s have often reached the latter stages of their National Inter-County Competitions.

If you are interested in playing or just finding out more, please visit the Seniors’ pages on the SCF website for further details and/or contact one of the Management Group: