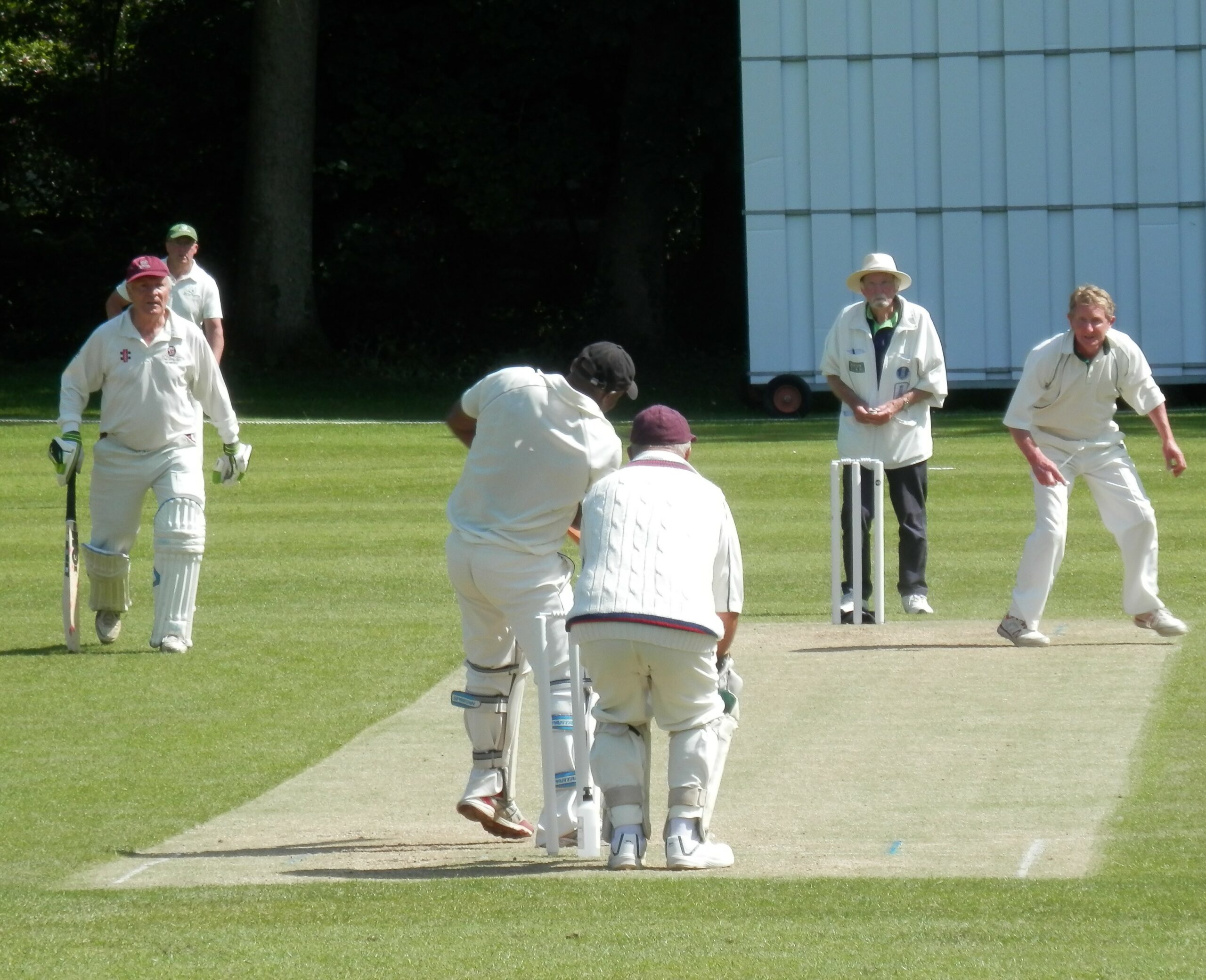 Somerset’s Over 60s 2nds overcame Yorkshire Ridings to book their place in the final of their National Vase competition to be played on 7 September.

Having been put in by the visitors, miserly bowling restricted the score to 50 by the 20th over but with the main bowlers ‘bowled out’ from there on the score accelerated with 100 up 8 overs later and just 8 more passing before the total hit 150.  200 was passed 6 overs later and with 38 runs scored in the remaining 3 overs, Somerset were able to set a target of 240 for the loss of just 3 wickets.  The main contributors were Everton Griffith (94no off 68), Richard Ford (50no off 52) and Julian Harvey (54 off 76).

Then it was over to the bowlers to complete the job and they did not disappoint! Glyn Flinders, Jerry Palmer and Dave Wilcox all claimed wickets but Steve Sheppard again led the way with figures of 9-5-7-3.  By the end of their allotted overs, Yorkshire Ridings had accumulated 112 for the loss of 7, resulting in a Somerset win by 128 runs.

Unfortunately, similar success evaded the Over 60s 1st XI when they made the long trip to Essex only to encounter a side that showed strength in all departments..Fielding first Somerset could not stem the flow of runs that allowed Essex to set a total of 248 for 5. In reply Malcolm Smith and Phil Stevens showed some resistance but the match was over in the 39th over with Somerset reaching just 90.  Nonetheless, a good season’s campaign and some fine individual performances along the way.