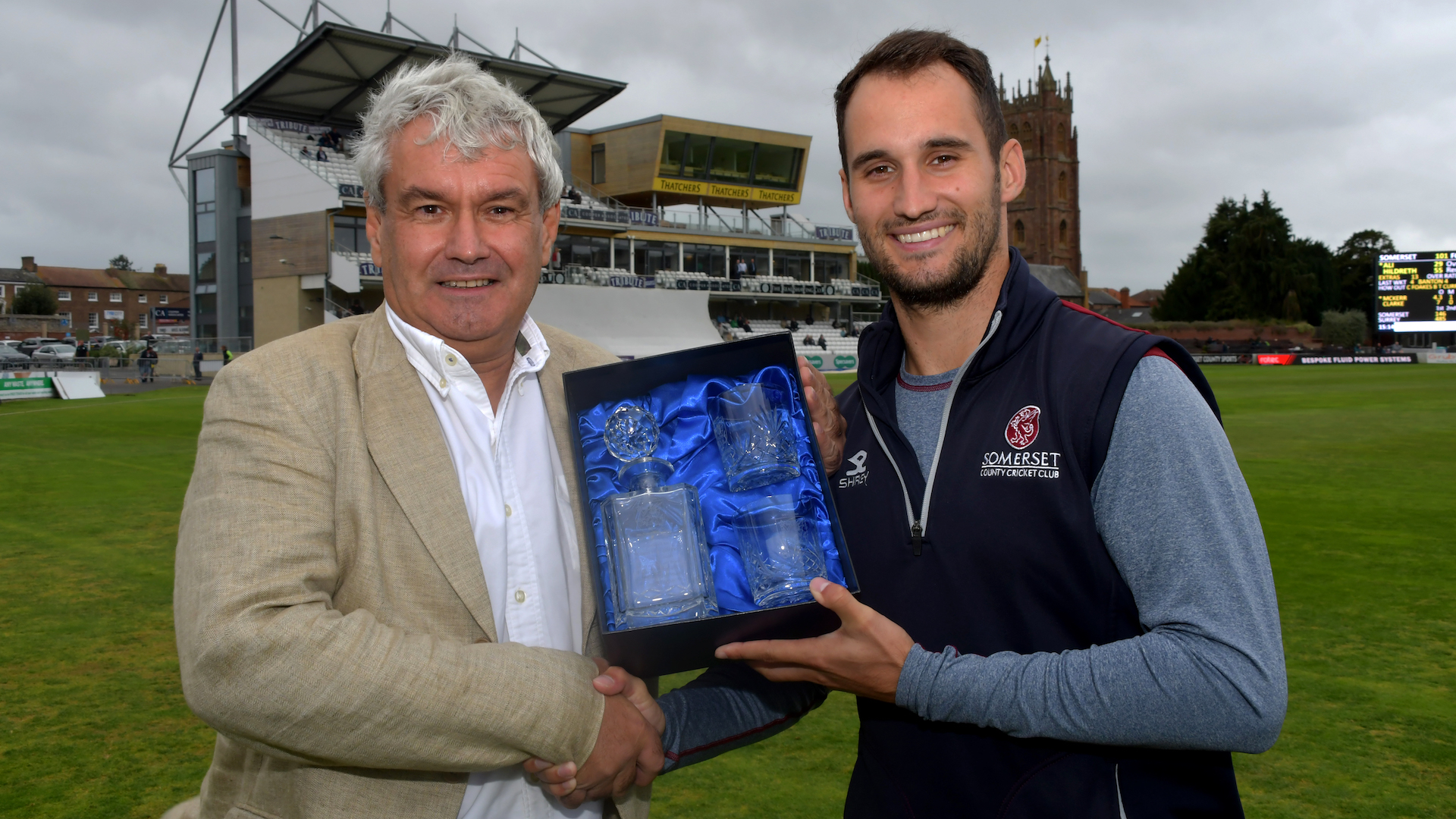 A surprise presentation to a very deserving and long-serving volunteer took place at The Cooper Associates County Ground on the 20th September.

Robert Humphreys was surprised to be greeted by past and present members of North Somerset Youth Cricket League Committee and Youth Coordinators who were guests of The Somerset Cricket Board & Somerset County Cricket Club at Day 3 of the Specsavers Championship Match between, Somerset v Surrey, celebrating his retirement as Secretary & Treasurer of the League.

Robert has been an outstanding servant to the grassroots game in Somerset giving 27 years’ service as Secretary & more recently Treasurer of North Somerset Youth Cricket League running almost running all aspects of the league to ensure it ran smoothly.

His dedication and hard work has ensured that there are competitive cricket opportunities for children from aged 9 to 17 years in the North Somerset area which 1000’s have benefitted from including current first class players , Somerset’s Peter Trego and England’s Jos Buttler.

Robert has not only served the North Somerset Youth Cricket League but also given many years of volunteering to Failand & Portbury Cricket Club where he also recently retired from.

Without the efforts of Robert and many other volunteers the Grassroots game simply would not function.

To recognise Robert’s services to North Somerset Youth Cricket League the committee had a glass decanter with glasses, which was presented by Somerset County Cricket Club’s Lewis Gregory.