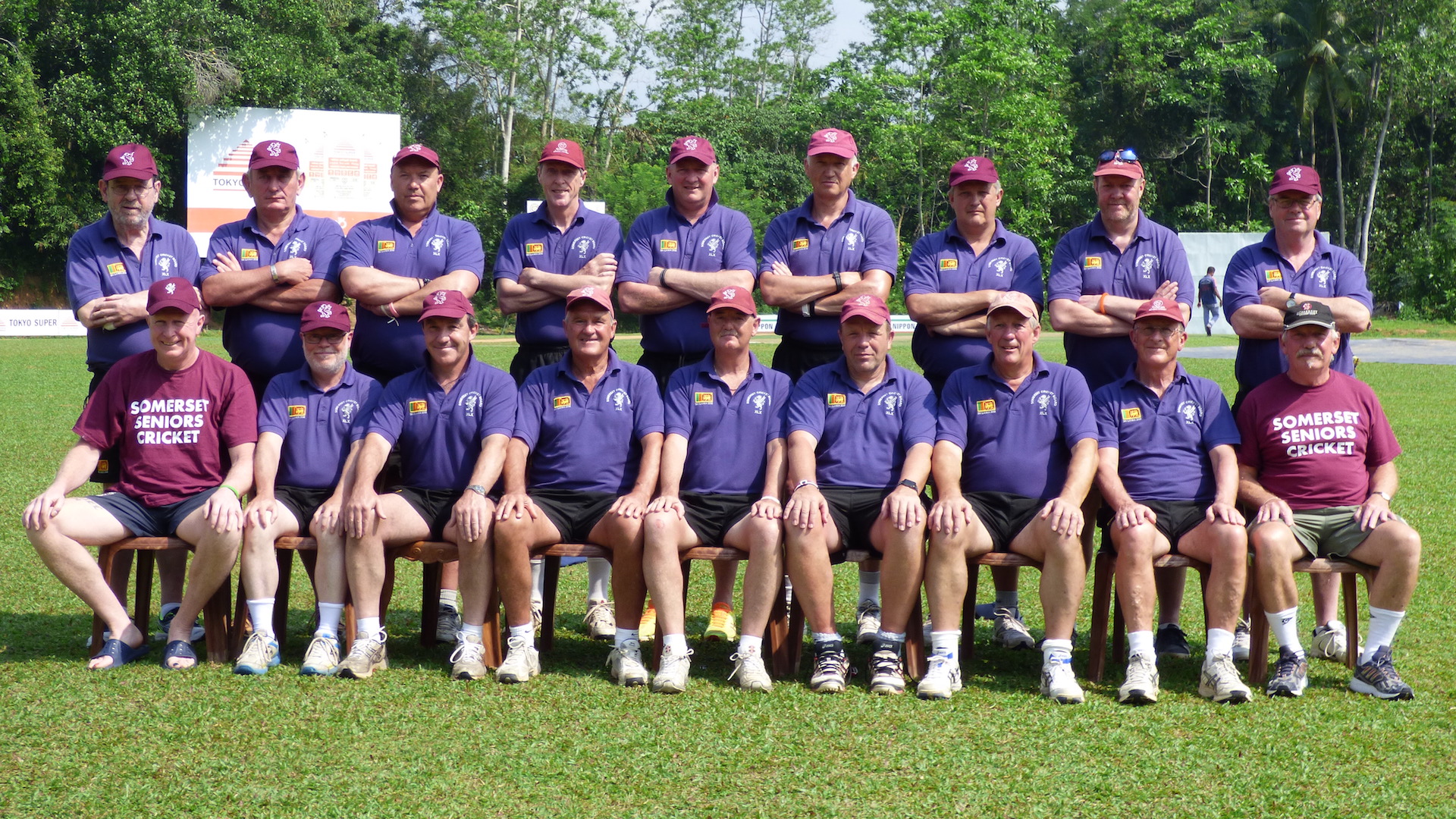 Somerset Over 50s compete in the ECB National competition and the Southern Counties West Division.

The season started with friendlies, against Wales and Wiltshire before moving quickly onto league matches in May.

The ECB competition started with league matches against Hampshire, where on debut Andy Sapey (Trull) made 50, Somerset made 178 and bowled out Hampshire for 144 with Clive Hamblin (Frome) 5-25, our first win against Hampshire in 5 years. Against the Isle of Wight Somerset made 283-5, Andy Sapey 89. Cornwall were next up away and Somerset after 2 wins found a Cornwall side intent on reversing their loss of 2017, Cornwall made 227- 7 with an opening stand of 106, Somerset in reply were 25-5 but recovered to 176 all out, Brian Stone (Trull) top scoring with 50. Against Dorset – Somerset batting first were restricted to 170-7 Marc Jenkins (Clevedon) 52 and Andy Sapey 40. Having lost Kevin Rogers retired hurt to his first ball, Somerset fielded and bowled well to win by 6 runs, Dorset 164. 2018 was Somerset’s year to play Channel Islands in Guernsey. 30 over match was played due to rain with CI making 169-6, Somerset after a slow start responded superbly, Clive Stitfall (Lodway) 55 & Brian Stone 22, 16 in the last four balls ensured a win with 2 balls to spare. A great evening ensued. Somerset moved on to Wiltshire, where after making 247-5, Andy Stevens (Minehead) 105 and Ian Thomas (Brislington) 52 we were unable to defend the total and lost off the last ball by 3 wickets. This loss put Somerset in jeopardy of not reaching the knock out stage with Devon, unbeaten to date next. Probably playing the best cricket of the season, Devon batting first were kept to 206 -9 with inspired bowling especially Keith Graddon and Terry Clark (Cheddar) plus 4 run outs. Somerset in reply from 41-3 won in 41st over by 4 wickets, Andy Stevens completing a consecutive 105 with assistance from other batsmen.

This win took Somerset into the last 16 finishing 3rd in the Group, which meant an away trip to Essex, first attempt to play was rained off without a ball being bowled. The following week,Essex winning the toss batted ,an opening stand of 85 between ex Somerset Neil Burns & Mel Hussain was the difference between the 2 sides. Essex made 222-6 and Somerset 152 all out on a rapidly deteriorating wicket, ideal for their spinners.

In a Group where matches are tight the need to be more consistent in all these matches, with bat and ball showed because despite winning 5 of the 7 matches the loss to Wiltshire was the difference between having a home or away tie in the knock out stages.

Southern Counties competition which is played on Thursdays on a home and away basis. Started in early May with Somerset hosting Gloucestershire at Hinton Charthouse CC, Gloucs 199 – AO Clive Stitfall (Lodway CC ) 4-34 Somerset 198 -9 Mike Fear ( Horrington CC ) 43 losing by 1 run.

Back to North Curry CC for the visit of Cornwall, Mike Fear 59 again in the runs in a total of 186-8, Cornwall cantered home with 11 over remaining to scoring 190-4

For the Southern Counties team runs were a plenty for Hugh Brooker, Alistair Barr, & especially Mike Fear – Wickets however are proving very hard to obtain

On behalf of the Over 50s teams, I would like to thank all the Clubs in the county who provided grounds for the team’s use during the 2018 season, along with all their members who provided pitches and teas; without these the Over 50s could not continue. There were a number of postponements due to the weather and the Clubs’ flexibility to fit matches in at short notice was much appreciated. Thanks also to all scorers and umpires who officiated.

Somerset Over 50s along with some 60s and 70s are looking to tour South Africa in March 2020 and arrangement are under way.

As a group we are continually looking for cricketers aged 49 and upwards who would be interested in representing the county in enjoyable but competitive cricket.