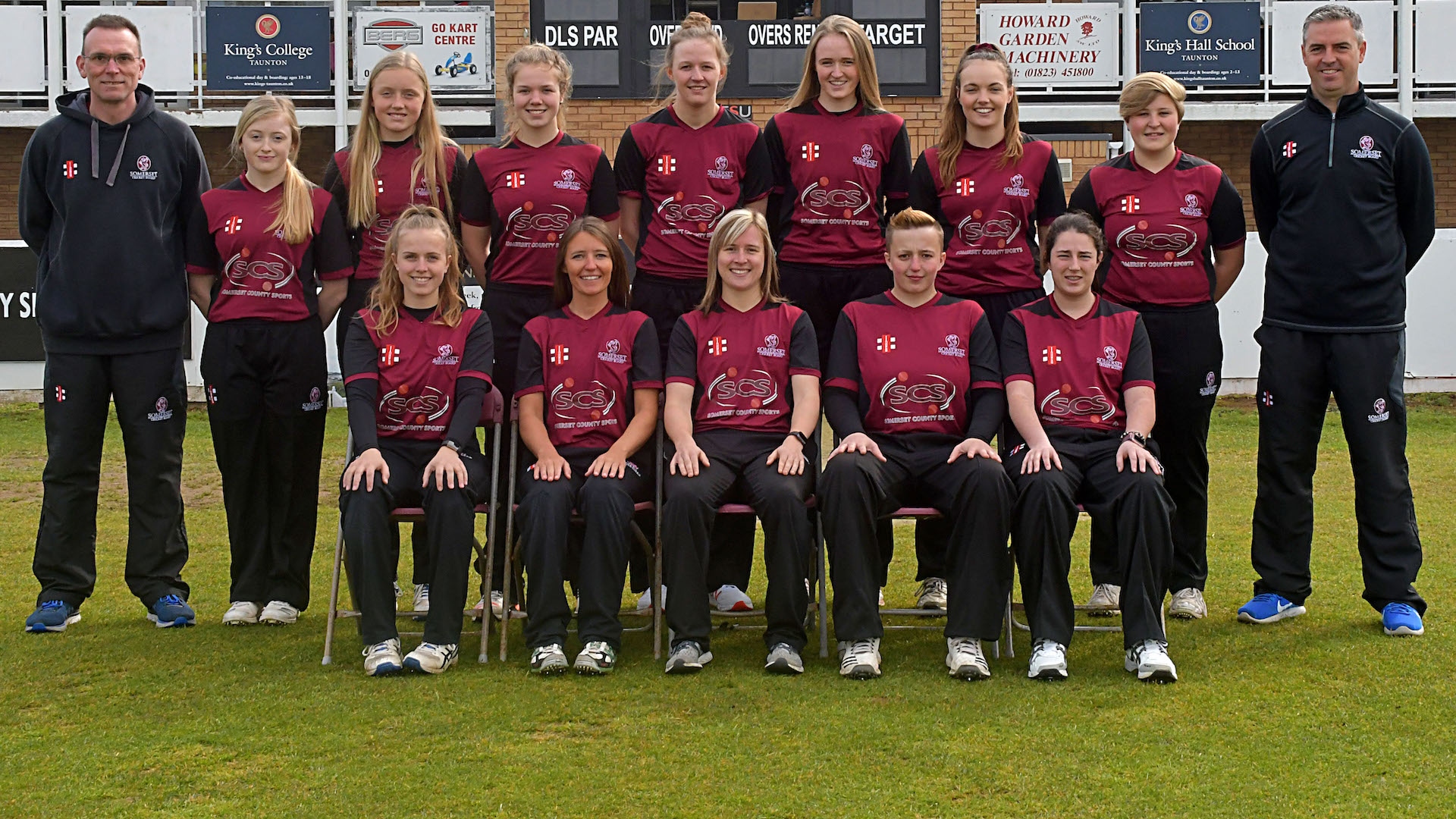 It was a weekend to remember for Somerset Women.

Victories over Worcestershire and Derbyshire at Himley CC on Sunday saw them claim the Division Two T20 title on a dramatic final day.

Somerset went in to the day needing to win both their matches and hoping that Durham lost both of theirs.

Somerset Captain, Sophie Luff led the way and her 48 not out helped her side to post 131 for six against Worcestershire. Two wickets each for Lauren Filer, Niamh Holland and Lorraine Szczepanski ensured that Worcestershire were then limited to 126 for six from their allotted overs.

To improve matters, Durham lost their opening fixture to Scotland.

Next up for Somerset were Derbyshire, and the bowlers impressed once again as they restricted their opponents to 106 for eight. Nicole Richards was the pick of the bowlers with three for 15 whilst Szczepanski (three for 19) and Holland (two for 15) were outstanding again.

Luff once again showed her class as her 49 not out inspired the team to 108 for two and victory by eight wickets.

News then filtered through that Durham had lost to Yorkshire, sparking scenes of celebration as Somerset claimed the Division Two title.

A delighted Sophie Luff said: “It’s a bit of a surprise and it’s a little unexpected, but over the last few weeks we’ve played some very good cricket. Going in to this weekend, we never discussed the possibility of topping the table because we were so focused on the two games and fortunately Scotland and Yorkshire did us a favour.

“I’m really proud of all of the girls and it’s been a real team effort. For the young girls to have come into the side and performed like they have has been phenomenal. I do want to give a special mention to Niamh Holland because she’s just 14 years old. She’s come in to the side and stepped up at the crucial moments. She’s taken crucial wickets and performed exceptionally well.

“I really want to thank Dave Roberts and Rich Askew for their coaching this season as well. It’s been a great team effort all year and I couldn’t be happier.

“Everyone worked really hard over the winter and I don’t think that anyone looked out of place at this level. We have a great group of players who are all playing for each other and enjoying each others success.”