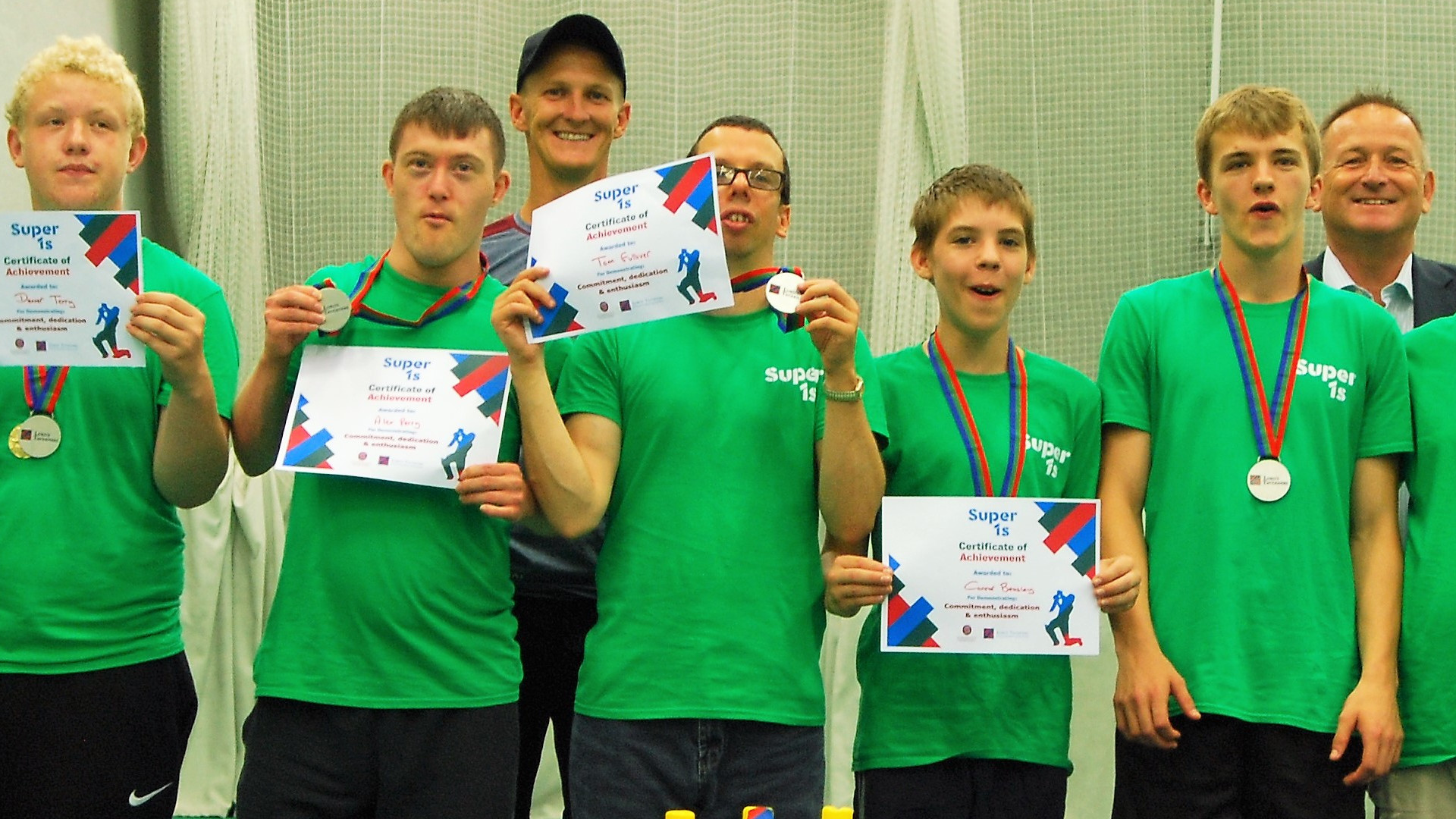 Yeovil Smashers came out on top in our second Super 1s Festival, which was held at the Cooper Associates County Ground this week.

Super 1s is a national project designed to give young people with disabilities the chance to regularly play cricket. Weekly sessions aimed at 12 to 25-year-olds have been taking take place in Bath, Bridgwater, Taunton and Yeovil. The sessions are fun, played with a softer ball and teach the basics of cricket, plus they are free to attend.

Gemma, Mum of three boys, who all attend Super 1’s captured the spirit and ethos behind why we believe in Super 1’s

“My boys had a great morning today thank you. They love the cricket sessions every week and it’s great it’s so inclusive for all young people. We’ve tried many types of clubs before over the years for sports but didn’t work due to the competitiveness of the clubs and the teasing and even bullying they’d get from other kids which would knock their confidence so this is fantastic for them and they also now love watching cricket too!”

Somerset Cricket Board launched the programme in January, and this week all the Super 1s hubs were invited to take part in the Super 1  Hub Competition.

The event saw 26 young people attend from across the four Super 1 hubs. The Taunton hub having enough players for two teams, Bath and Bridgwater combining and Yeovil made up the four competing teams. The format for the event was pairs cricket with teams of six facing six overs. Each batting pair faced 2 overs.

Somerset County Cricket Club supported with an array of superstars from the Chief Executive, Andrew Cornish and Director of Cricket Andy Hurry to the first team superstars of Babar Azam and Max Waller.

Steve Gass, Growth & Participation Officer for Somerset Cricket Board said: “It was a wonderful morning! It was a superb effort from everyone who attended and it was great to see all our Super 1s hubs have a team represented.

“Our four hubs have all had six months coaching, so it was pleasing to see the young people put their skills into action. Each young person who attended the event played with huge energy and enthusiasm.

“It looked like everyone had a great time and it was amazing to have the support of Somerset County Cricket Club who presented our certificates and medals.  The excitement on the faces of players was truly fantastic.”