23 teams started the competition in May, playing group stages to determine the qualifiers.  On Monday night, the two remaining teams will battle it out to determine the 2022 winner of the Vitality U19 Club T20 Somerset Cup.

Group Stages were played regionally, North-West, North-East, South-West and South-East, with the top two from each group qualifying for the quarter finals.

Weston-super-Kings qualified as top of the North-West Group, with newcomers Cheddar Gorgers finishing in second place.  Whilst Lansdown Lions, also new to the competition, qualified in top place, with Hampset Scholars taking the second-place spot.

Timsbury Cricket Club hosted the North play-offs, sadly, Cheddar were unable to attend the Quarter-Finals day, so the remaining qualifiers played a round robin format to determine the winner.

Lansdown Lions comfortably defeated both Hampset and Weston to secure their place in final.

Defending champions Deane Diamonds finished in close second place to The Saints in the South-West group, both booking their place in the Quarter-Finals, whilst Kilmington and Stourton finished top of the South-East division, with Yeovil going through in second, pipping Ilminster to qualification by one point.

Ilminster Cricket Club hosted the South Quarters and Semi-Finals which saw The Saints lose to Yeovil and Kilmington & Stourton lose to Deane Diamonds, setting up a Yeovil v Deane Diamonds semi-final which the Diamonds comfortably won by 43 runs.

For the first time since the competition started the final will be played at The Coopers Associates County Ground, Taunton, and under floodlights.

Somerset Cricket Foundation U19 competition organiser Nicky Clarke said: “It’s amazing to be able to hold the final at the County Ground for the first time and give a real match day experience to these teams.  We’ve seen some outstanding cricket played this season, and it’s wonderful that the clubs and players continue to embrace this competition.

Lansdown Lions have reached their first final in their first outing in the competition, and Deane Diamonds are back to defend their title.  It’s gearing up to be a great final.”

The final is due to start at 18:30, you can claim your free ticket here 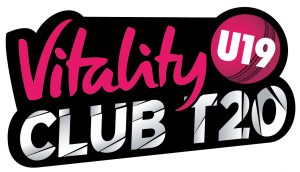