A spotlight on Visually Impaired Cricket 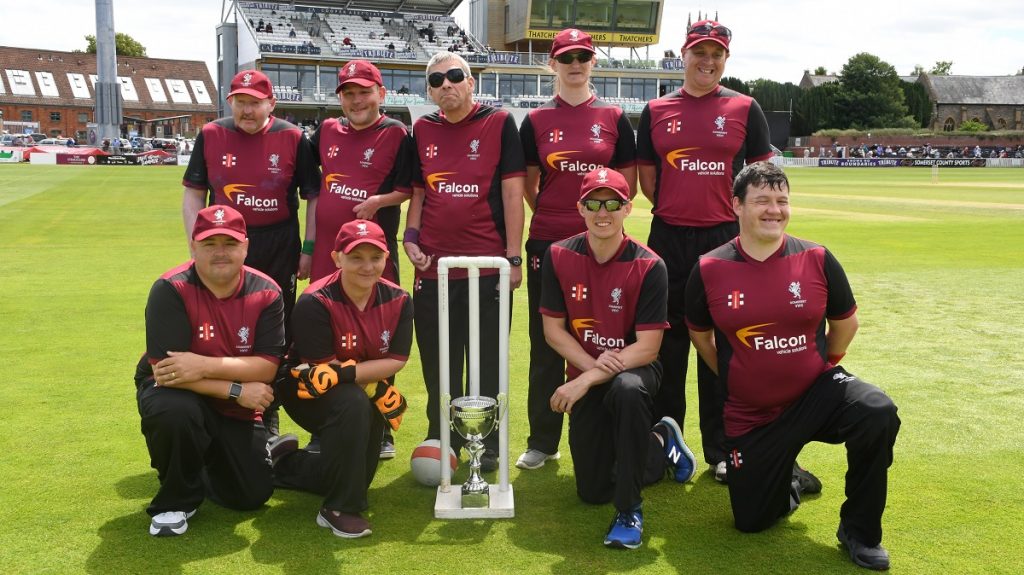 The lockdown has been tough for many cricket clubs up and down the land, but none more so than our county visually impaired cricket club.  The season wan cancelled and they’ve not played any cricket since September 2019.

We took some time to speak with Club Chairman, Alan, where we discussed how he started his journey with Somerset Visually Impaired Cricket Club.

My name is Alan.   I’m a 42 year old guy who is registered severely sight impaired and I love playing cricket. I am a current player and Chairman of Somerset Visually Impaired Cricket Club.

I have been visually impaired since birth with a range of eye conditions including aniridia, nystagmus, myopia, photophobia and more recently cataracts and glaucoma. My vision has gradually deteriorated over the years which has lead me to be registered severely sight impaired.

I have always been into sport and loved watching cricket,  however with my visual impairment I never dreamt I would be able to play the game, or so I thought!  That was until 2010 when myself and a group of friends, with the support of Somerset Sight and Somerset Cricket Board, set up Somerset Visually Impaired cricket club. I have been an active member ever since!  I love every minute of being part of that team, not just because I can now play a sport that I didn’t think I would be able to play, but also the social side of the club, from making contact with old school friends to making new friends also along the way.  Being able to socialise and spend time with other people can be a challenge, so it’s great to meet some people who all experience and understand the challenges you face.

My journey within the club has both been exciting and varied from being the very first captain and winning the Southwest Development league in our first two seasons and progressing into the national league,  to now being the clubs’ Chairman. Being part of the club has also brought me many different skills including achieving my level 2 cricket coaching qualification.

Having received so much from the club, both personally and socially,  I would like give something back and want to encourage more young people with a visual impaired to play the game.

Being able to play cricket alongside my teenage daughter has been an amazing experience, to help and support her to develop within the game to see her confidence and achievements grow fills me which such pride. However this has highlighted to me the need for younger visually impaired people to have access to sports that they can grow to love from a young age.

I would encourage anyone who likes cricket to join a club and get involved, it will give you the opportunity to get fit, play a game that is dedicated to including anyone with an eyesight problem and meet new people who have a visual impairment. It offers the opportunity to travel around the country playing competitive matches against other visually impaired teams. If you have talent you can also progress to play for England’s Visually Impaired cricket team.  Somerset’s VI team currently has two male members who are part of the England team, one of which is Captain! ,We also have two women who are part of the UK squad, one being the vice captain.

The club are amazing and everyone is so welcoming.  Anyone can come to a training session and have a go at playing.   If you fancy getting involved or at least trying the game, please get in touch with me.

If you want to find out more about the club or want to get involved, please contact Alan Somerset Visually Impaired Cricket Club

To find out more about how the game is played, and for more information the club, please visit the Visually Impaired section on our website