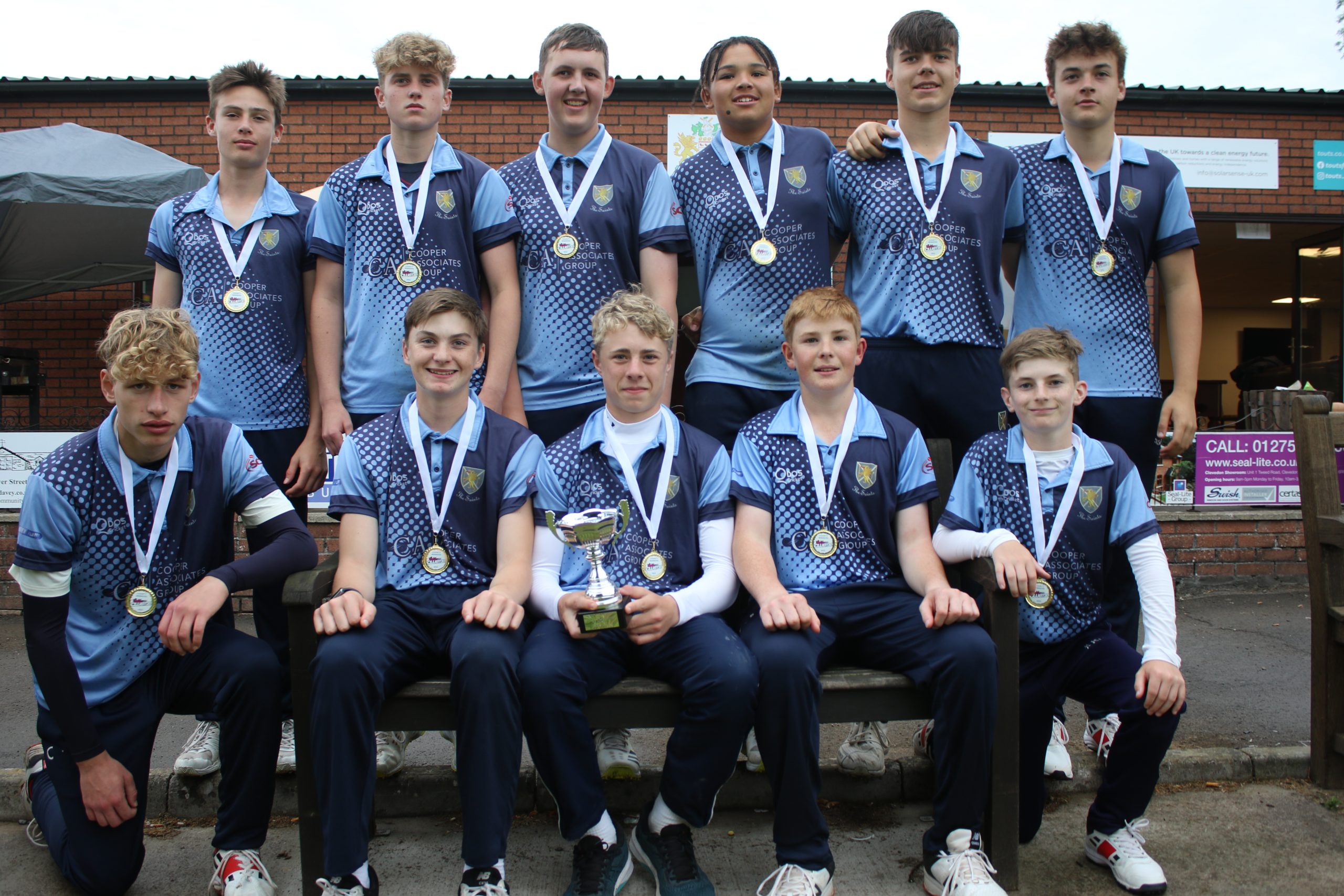 Sunday 19th June saw all the Somerset youth league representative teams come together to play each other to determine which club would represent Somerset in the national stages of the ECB Vitality U15 Club Competition.

North Somerset Youth Cricket League were represented by Clevedon CC who played the opening fixture against Taunton & District Youth League’s Taunton St Andrews. Taunton St Andrews batted first in a 16 overs fixture which took into account the weather forecast for later in the day. Thomas Rew and Ben Mason quickly found their stride as they both his their retirement totals in quick time, and with good contributions from James Matravers (36) and Jago Barclay (21*) they posted a commanding 193-2.

Clevedon struggled in their reply, as extras ended up being top scorer. The wickets were shared amongst the TSA bowlers, with Finlay Hedges taking 4-12 and Keesan Stewart and Oscar Mack taking two a piece. Clevedon finished 49 all out in the 14th over.

The second fixture saw the Bath & District Youth League representative Bath CC play Clevedon. The Clevedon bowlers struggled again against the more experienced Bath team, and had it not been for extras the Bath total would have been much less competitive as after Benjamin Church (39) and Luke Stringer (52 ret) the innings slowed down.

Clevedon’s batsmen were more circumspect with both Archie Miller and Jacob Lillington making good starts but failing to progress. Clevedon closed their innings on 75-3, but gained valuable experience playing two strong sides who they wouldn’t often get the opportunity to play.

The final game between Taunton St Andrews and Bath started as the rain came in. Taunton St Andrews showed what they could do in 20 overs as once again Thomas Rew and Ben Mason retired not out. Good contributions from James Matravers, William Hiles and Rory Cooper-Smith meant TSA closed their innings on 234-5.

Cooper-Smith then followed up with 3-0-10-3 as he spearheaded the TSA attack. Wickets were shared around but despite a valiant 41 from Benjamin Church, Bath closed their innings on 98-7, and TSA progressed as worthy county winners.

Taunton St Andrews will now play the winners of Wiltshire on Sunday 3rd July, details to be confirmed.

Congratulations to all three teams for representing their clubs and the youth leagues so well, they should all be proud of their efforts. Huge thank you to Cleeve Cricket Club for their hospitality on the day, and to their grounds team for working hard to ensure the games were able to start on time and continue through the day uninterrupted but the weather, and finally thank you to our two umpires, Jason Belcher and Steve Pitman for standing in all three games.

Results and Scorecards
Back to news