Emily wins Chance to Shine ‘School’s Coach of the Year’ 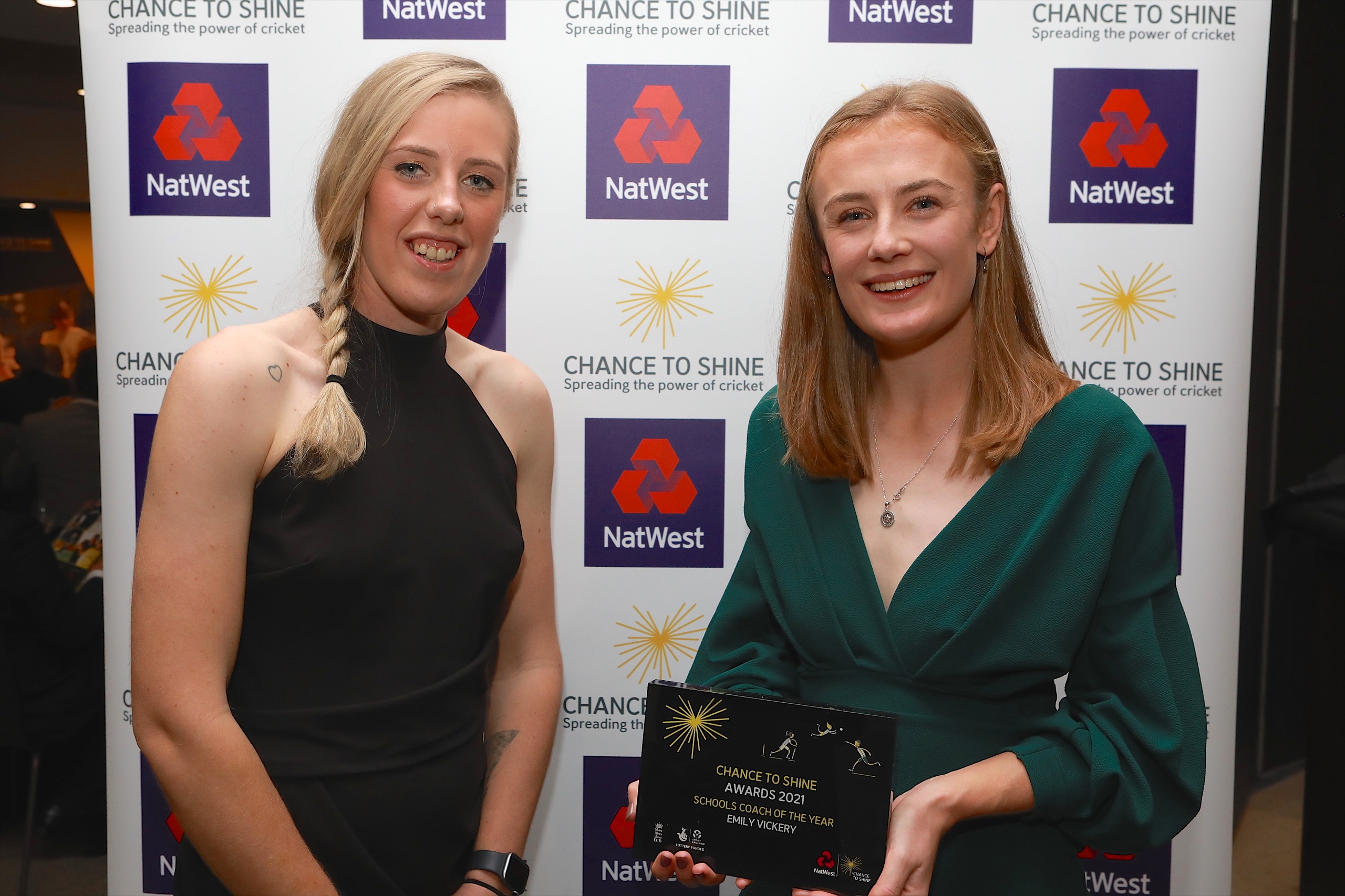 North West Community Coach Emily Vickery won the Schools Coach of the Year at the Chance to Shine Awards on Thursday 25 November. Emily delivered over 650 hours of coaching in the last school year working across North West Somerset.

Despite having only been in the role for a year, Emily played a key role in supporting our response to Covid-19, delivering virtual cricket sessions to over 300 children in 10 schools, with many of those children learning from home.

WATCH HERE TO SEE WHY EMILY WAS NAMED SCHOOLS COACH OF THE YEAR:  https://youtu.be/mjexRXj0qTw

Emily was recognised by national charity, Chance to Shine, during an awards evening hosted by BBC’s Aatif Nawaz at Lord’s Cricket Ground. Emily received her award from Chance to Shine ambassador and Oval Invincibles and Southern Vipers cricketers Georgia Adams.

The judging panel were impressed by Emily’s ability to quickly adapt to the challenges that Covid-19 posed to schools and young people. Her creativity ensured that children across Somerset were given the chance to take part in physical activity at a time when opportunities were lacking, and teachers were supported to develop their own knowledge of the game.

“It makes me so happy to see [the children] engaged and enjoying themselves and for some of them I know this is probably the first time they’ve engaged with PE and that’s a really proud feeling for me to have.” said Emily.

7-year-old Harry, a pupil at Castle Batch Primary in Weston-Super-Mare where Emily has delivered the Chance to Shine programme said, “being coached by Emily is amazing and I really like her.”

The Chance to Shine Annual Awards, supported by NatWest, celebrates schools, projects and individuals from across the charity’s programmes who help to spread the power of cricket. Chance to Shine gives children and young people a chance to play cricket and uses the sport to help them learn valuable skills like teamwork, communication and resilience to support them throughout their lives. Working across England, Wales and Scotland, in a typical year the charity supports over 500,000 young people to play cricket.

Chance to Shine Chief Executive, Laura Cordingley commended the winners saying “Congratulations to all the incredible winners tonight. Emily has played a vital role in helping young people to get active through cricket and to develop in so many different ways. Cricket has the potential to change people’s lives for the better and we have seen that in the winner’s stories tonight. We are immensely proud of the work that they do.”