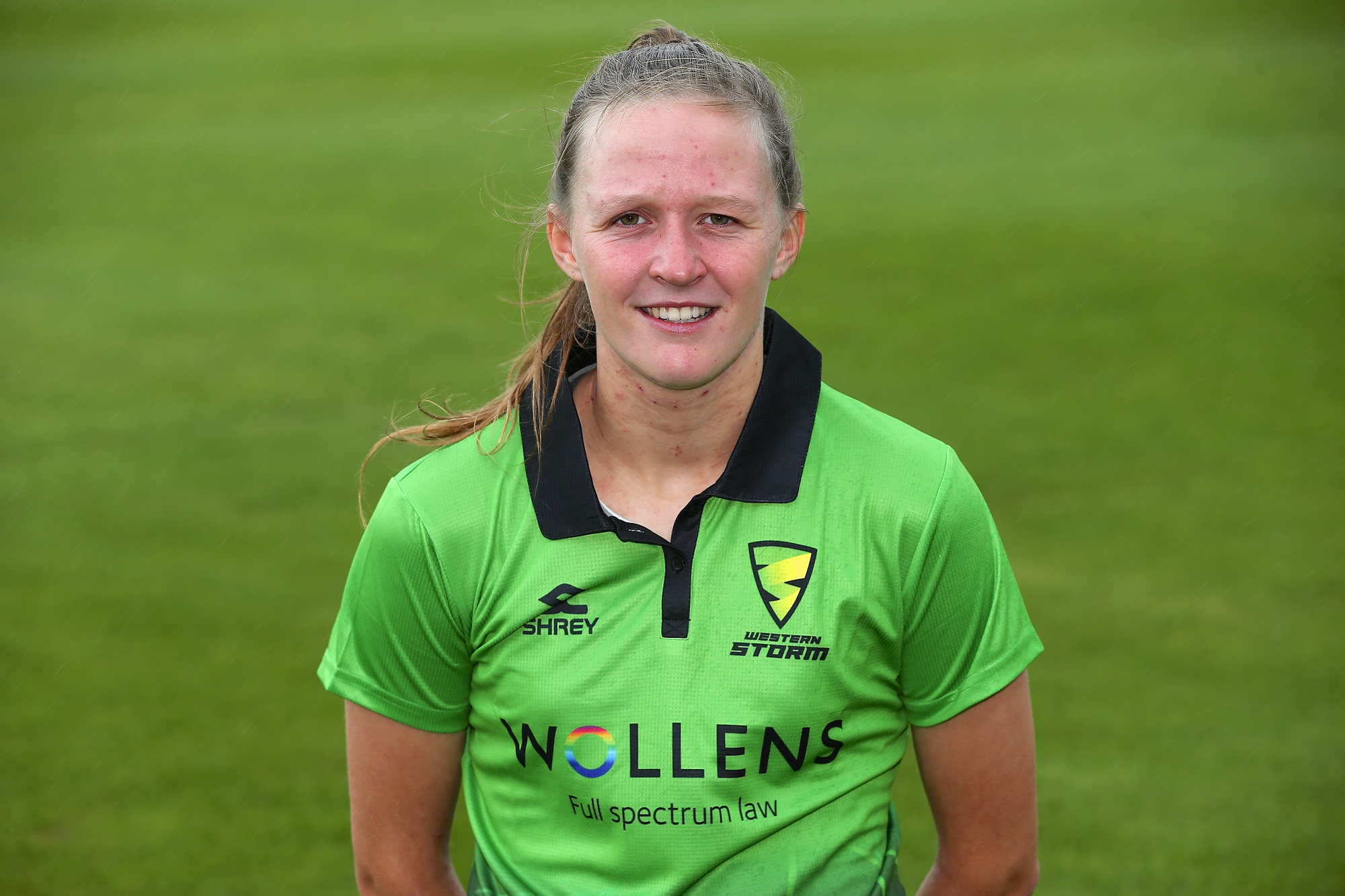 Lauren is Somerset born and bred, she grew up in Weston-super-Mare, playing both youth and senior cricket for WsMCC.  She debuted for Somerset in 2018, before being called up to Western Storm in 2020, signing for Welsh Fire the same year.  She was the recipient of the Harry Burden Bursary Award in 2019.

“It’s really good to see cricket being played by girls and women in this country. It’s growing day by day and hopefully nothing will stop it and it will keep going and going.’

How did you first get into cricket?

My primary school gave out leaflets promoting a new u11 girls team at Weston-super-Mare cricket club, me and my twin went to the first session and I haven’t stopped since.

Have you had to work harder as a female cricketer playing men’s cricket to be given the opportunities you deserve?

Unfortunately, I would say so yes. I believe I may have been overlooked on occasions due to lack of knowledge about me as a player and women’s cricket in general. Although I would say I see more and more female players playing mens cricket and getting respect from their fellow teammates which is great to see.

How does it feel to have your own The Hundred Attax card?

Very strange to be honest. We weren’t a 100% sure if I had one or not but when I got sent a photo from a friend who got my card it was a weird but proud moment.

What’s your aspirations for the game?

Of course I want to play for England, but I know there are many stepping stones for me to get there. My goal this year is to make my debut in the Hundred and show what I can do throughout the season and who knows where that could lead me.

Who’s your biggest inspiration in the female game?

I wouldn’t necessarily say I look up to anyone in particular but working and playing with the likes of Anya Shrubsole last season and getting to know overseas fast bowlers I think has really helped my development.

What advice would you give to any young female cricketer just starting out in the game?

The biggest thing that has helped me is make sure you push yourself in everything you do. If you’re old enough to sign up to play men’s cricket I’m a very big advocate for that. The most important thing is to enjoy it, Cricket is a great opportunity to meet new people and have fun