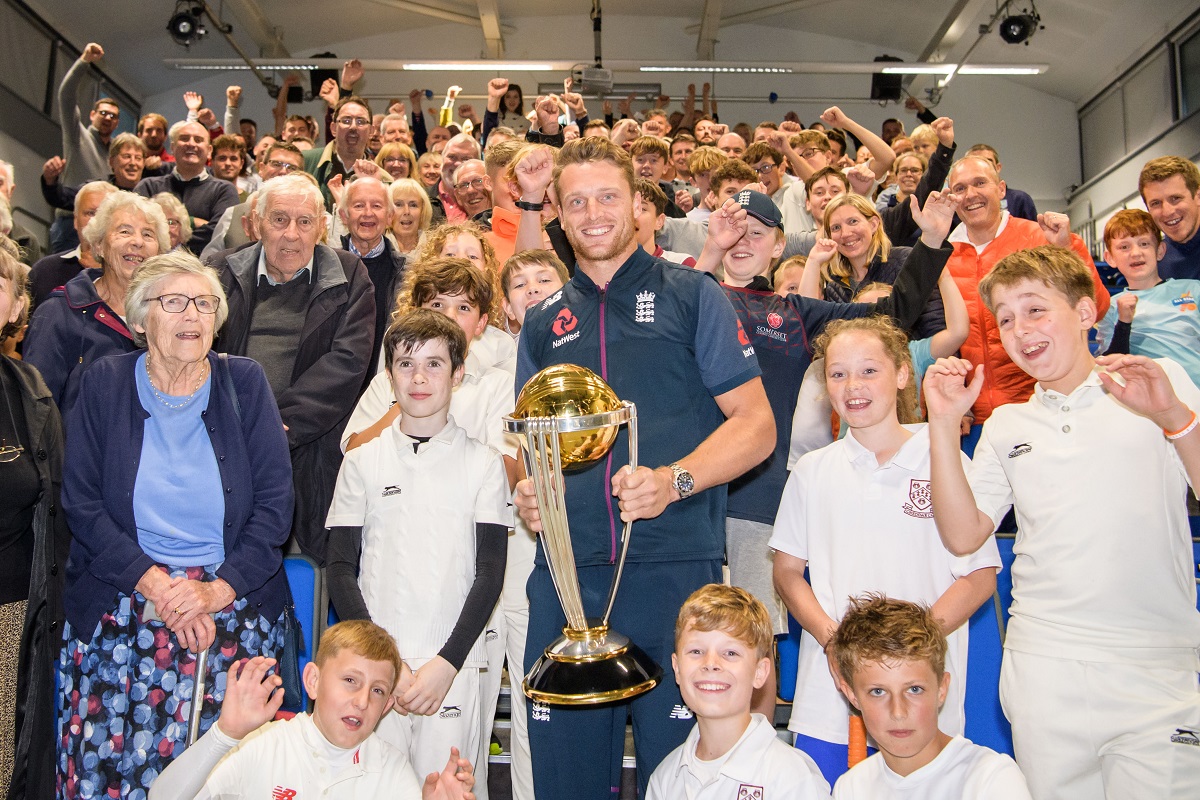 England Star Jos Buttler was back in Somerset at his former club Cheddar CC yesterday (07/10), inspiring local kids to say ‘cricket is a game for me’ as the famous trophy embarks on a nationwide winners’ tour this month.

The wicket keeper batsman was at the club where he started playing to celebrate a remarkable year of cricket. As part of his visit, he joined in a coaching session with junior club members and All Stars children, before taking part in a Q & A expertly hosted by Cheddar CC’s junior co-ordinator Terry Clark. During the Q & A Buttler spoke about his early memories of playing cricket at Cheddar CC from being coached by his mum, to winning the North Somerset Youth League U11s Cup and went on to talk about his memories of the historic World Cup win including his part in the run out which sealed England’s victory in the super over.

At the close of the Q & A, Buttler posed for photos and signed countless autographs for the club members and the local community who also had the chance to lift the World Cup Trophy; a moment they will never forget.

Earlier in the day the World Cup Trophy visited Hutton Primary School where the children took part in a special Cricket World Cup Assembly before everyone at the school had the opportunity to see the trophy up close and find out a little more about it.

The trophy will be on a 15-stop nationwide tour designed to visit thousands of fans, with the aim to inspire the next generation of cricketers as an extension of ECB’s strategy, ‘Inspiring Generations’.

Chief Executive Officer of ECB, Tom Harrison commented on the Tour saying: “We’re excited to be able to use the World Cup trophy to inspire kids across the country that wanted to pick up a bat and ball after watching the dramatic final at Lord’s”.

“To win a World Cup on home soil is an incredible achievement and we’re determined to take advantage of the cricket buzz that has been generated as a result of this triumph.”