Out and about with our Community Coach Thom 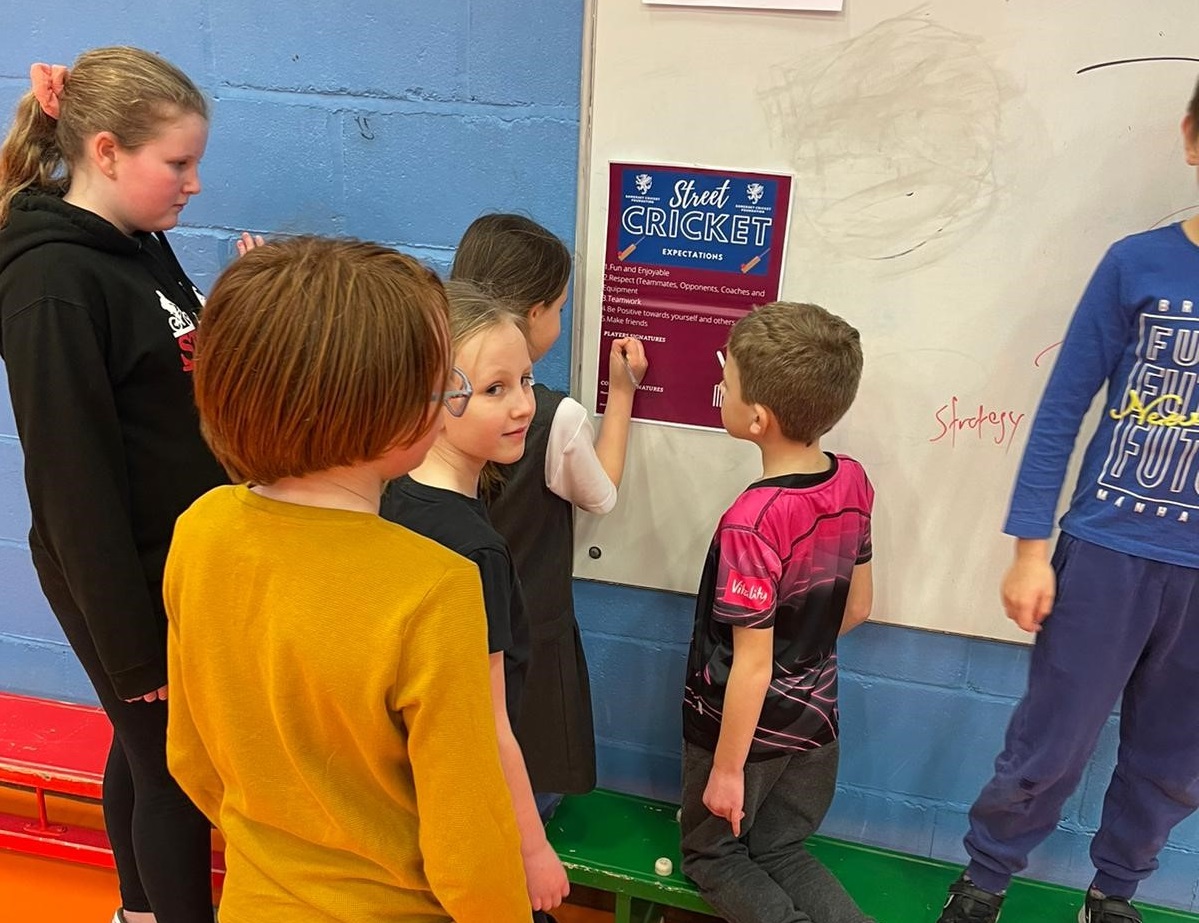 For the next few weeks we are going to catch up with our Community Coaches who are out and about spreading the power of cricket and inspiring the next generation in schools and community sessions across Somerset. Today we find out what Thom Bunker got up to last week…….

On Monday as it’s the first day after half term, my school; Churchstanton Primary is on an inset day, so instead I used this time to plan future sessions ensuring that I will provide a great experience and give children a variety of activities to inspire them.

In the evening I had a session with disability players in the Centre of Excellence at the CA County Ground where we focused on a batters vs bowlers scenario game. This was followed by three hours of one-to-one sessions with aspiring children, where we focused on specific areas for them to improve their game.

Tuesday was spent at North Town Primary School in Taunton with five to seven year olds where we focused on catching with the Chance to Shine ‘cool catcher session’. Chance to Shine are a national cricket charity who do incredible work and fund us to deliver cricket in state schools. Golden Russets class (year 1) were particularly impressive with excellent listening skills and were awarded ‘Class of the day’, receiving a pack of cricket attack playing cards each. 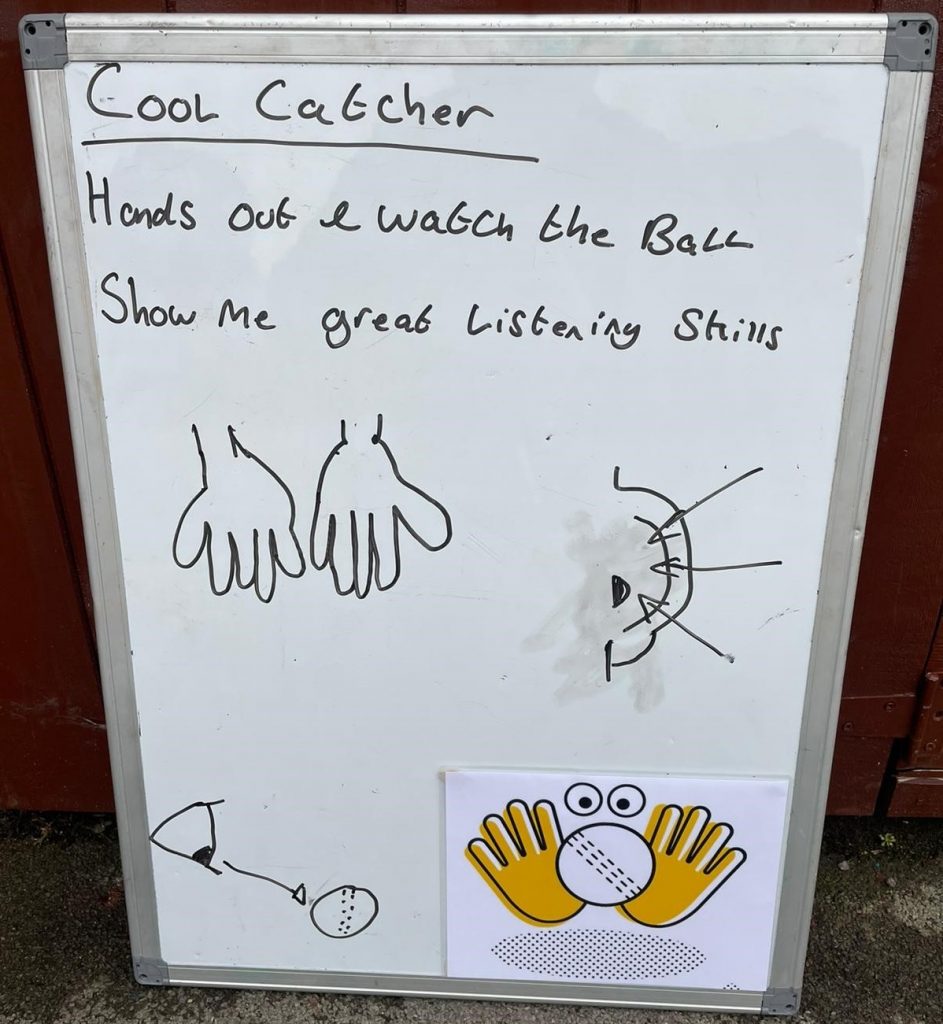 Tuesday evening is one of my favourite sessions; ‘Street Cricket’ in Bridgwater. This is another initiative funded by Chance to Shine. This week the players developed and signed their expectations for the session, (what they want to achieve, behaviour rules etc.) The players came up with these themselves and we then used them in a game, rewarding the right behaviours with extra runs. 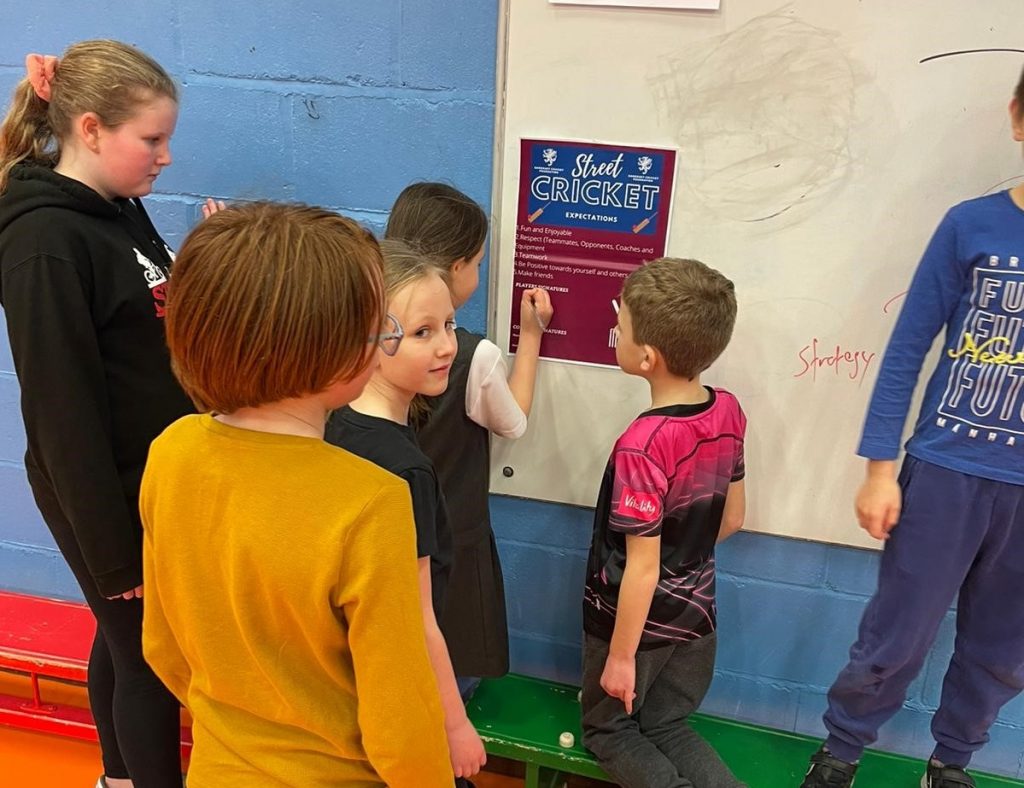 Wednesday morning is when I catch up on my admin. Today I started planning summer cricket festivals in the south Somerset region. In the afternoon I then helped deliver the College Academy (which is run in partnership with Richard Huish College) fielding session where we focused on catching, and slip catching in particular. This was then followed by a one-to-one session with one of the academy players where we focused on hitting gaps and rotating the strike but aiming to make it as enjoyable as possible.

On a Wednesday evening I coach on the MCC state school programme which is an initiative from the MCC to help provide extra sessions for state school boys and girls who aren’t in the county pathway system. This is run by Somerset CCC and is another area where we at the Somerset Cricket Foundation work closely with Somerset CCC. Being from a state school myself, I want to be able to give high quality coaching to children who wouldn’t usually get this, so this programme is one I really enjoy. The focus was on challenging the fundamental skills of batting and bowling in pressure games. It also gives me an opportunity to work with other great coaches, which is another aspect of my role that I enjoy.

I spent Thursday at Chilton Trinity Secondary School where I delivered the Chance to Shine Girls Leadership Programme to 12–15-year-old girls. The older girls were challenged with planning and delivering sessions to each other. It was great to see them working as a team and the leadership skills from all the year groups was impressive. 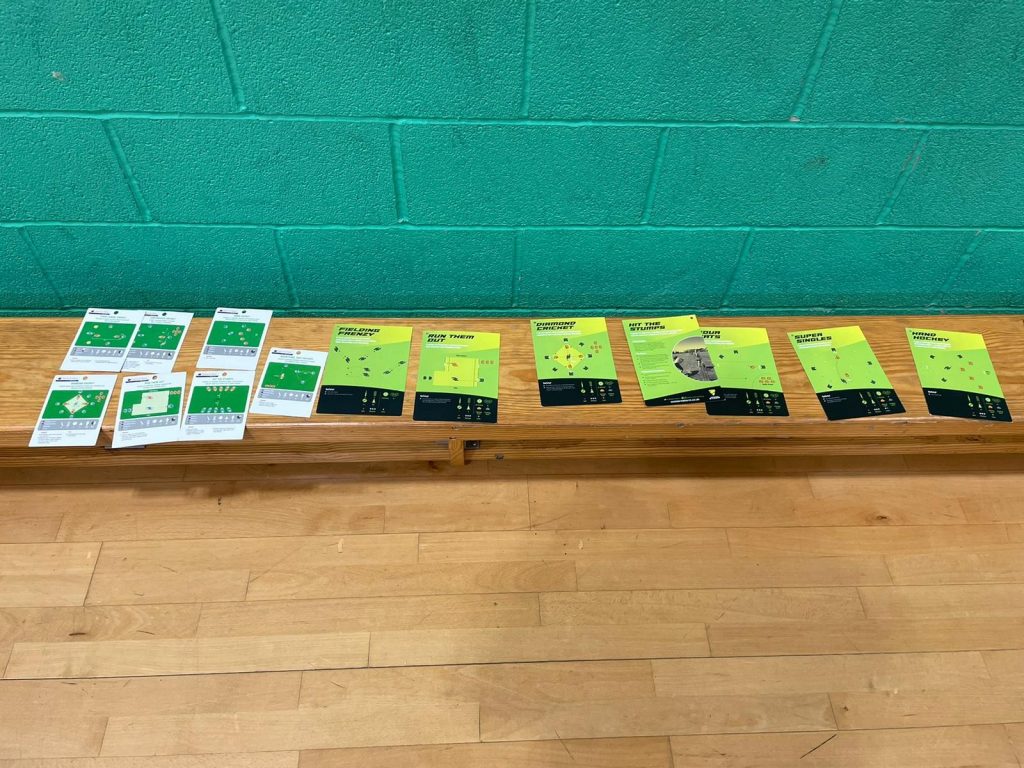 On Friday morning I went to Lydeard St Lawrence Primary School, a small school with only 47 pupils, so each session was delivered to a small group. Before each session I gave a mini assembly to engage and inspire the children. It was also World Book Day and watching lots of Harry Potter’s play cricket was fantastic!

Following this I went back to the CA County Ground to deliver some one-to-one sessions to players on the College Academy. The focus of these sessions was batting against spin, an area the players had identified as something they wanted to improve. As a coach watching players identify areas they want to improve then seeing them develop is really rewarding.

Saturday is spent at the CA County Ground coaching the Somerset disability teams and the visually impaired team. The focus of the sessions for the disability teams was accuracy for the bowlers and shot selection for the batters.

The afternoon finished with the visually impaired team. These players along with the disability teams are a huge inspiration. This week as coaches we had the opportunity to wear B1 glasses which meant we could truly appreciate what these players experience on the field. Having this perspective will really help to inform future sessions and generate new ideas.

The end of the session signals the end of my working week; an evening of watching West Ham play at Liverpool on the TV and then a day off on Sunday. My working week sees me work with lots of different groups of players and not only do I love what I do, but I hope I make a difference to their day as well.