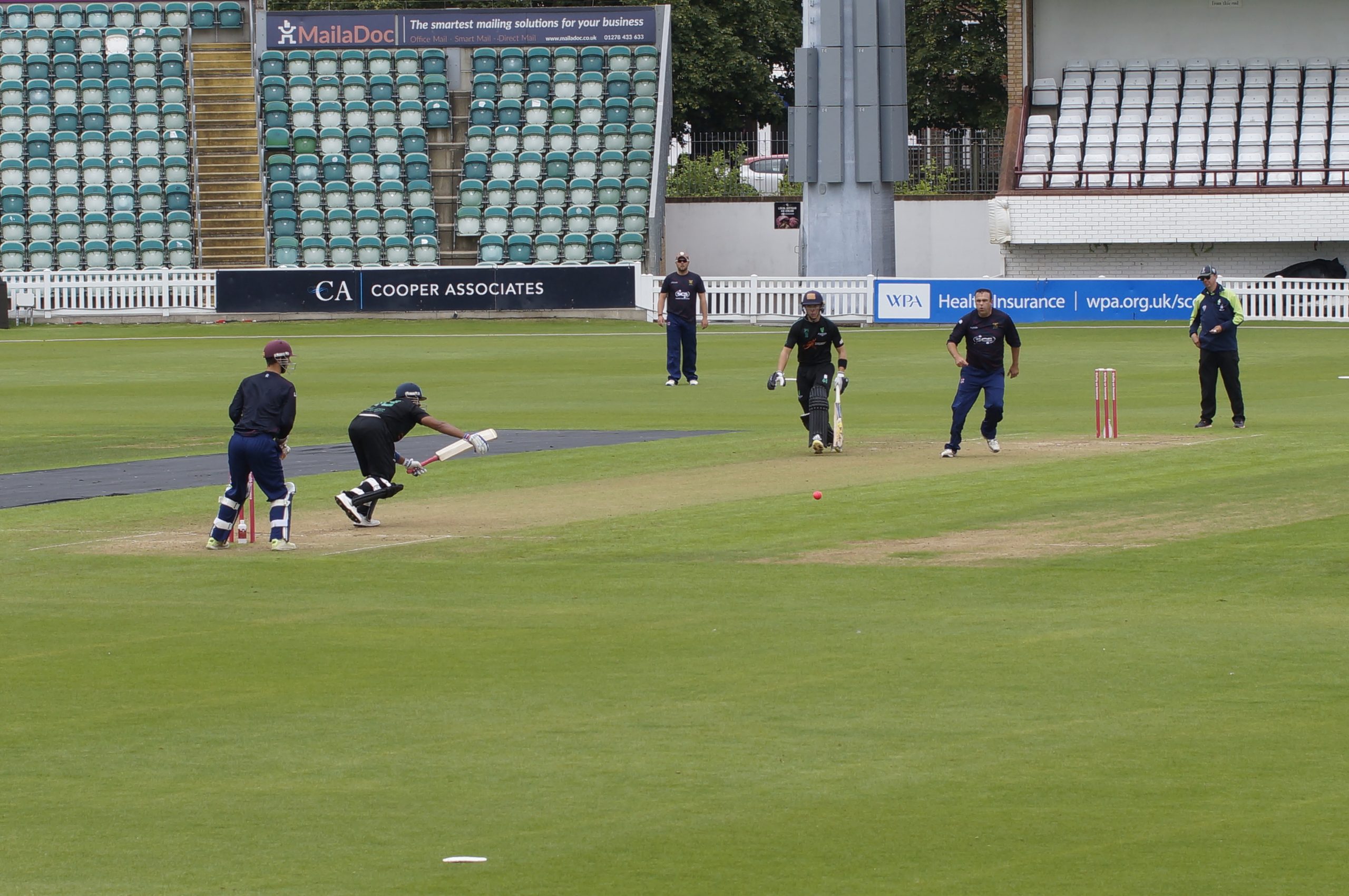 Sadly the Major Cup has seen a couple of teams concede their place in the competition as both Taunton Deane and Congresbury dropped out, however there’s still been a lot of high quality cricket on display.

Last year’s runners up, Taunton St Andrews gave Wellington short shrift, as James Regan and James Rew chased down 120 in just 9 overs to record a 10 wicket win. Ilminster recorded their own comprehensive victory over North Perrott, as Ben Johnston hit 75 and Sam Spurway finished 42* as they posted 216-4 from their 20 overs. In reply North Perrott closed their chase on 124-6 despite 56 for opener Lucas Del Bianco.

Bath CC continued their good start to the season, restricting Frome to 119-8. Bradley Porteous carried on his purple patch taking 3-24, supporting Matt Cadywould and Harry Allen who both took 3 wickets each as well. In reply Sam Young and Harry Ellison’s 85 run opening partnership all but secured victory for Bath before Harry and Henry Allen saw their side across the line and into the Quarter-Finals where they will make the short trip across Bath to play Keynsham who perhaps surprisingly reigned victorious over Lansdown.

All the Keynsham batters contributed, cumulatively posting 156-7 despite Josh Smith taking 3-28. Lansdown’s top 4 all made good starts but some quick wickets pegged back their progress, and their innings closed on 146-8.

North Newton proved too good for Huntspill & District. Sam Lillycrop carried his bat for 40 as Huntspill posted the competitive 153-9. Cameron Street and Miles Skuse the pick of the bowlers taking 3 each. In reply, Dave Worthington and Cameron Street dug in, but James Stone played a captain’s innings to steer North Newton to victory in the 14th over.

Wembdon posted 113-6 but 43* from Martin Jenkins and 25 from Thomas Rew ensured Taunton St Andrews progress into Round 2. Meanwhile, Trull’s 186-1 which included half centuries for Tim Gibbs and Oliver Barrett proved 73 runs too many as Middlezoy closed their innings on 113-8.

Elsewhere, Brislington and Timsbury participated in a thriller which saw Timsbury book their place in the second round by virtue of losing less wickets. Equally dramatically, Weston posted 160-3 thanks to a 108 third wicket partnership between Jason Neave and Matt Kearsey, but Winscombe were able to chase it down without losing a wicket.

Bear Flat beat Lansdown in a high scoring affair. They posted 185-2 thanks for 58* from Alex Lear and 61 from Hamish Bell. Landown’s reply improved after the first wicket falling for 0, but 3 more wickets fell at the right time to restrict the reply to 167-4.

Bridgwater v Burnham on Sea was another high scoring game, Bridgwater posted 205-4 with Ben Coobes falling agonisingly short of his century, and Burnham were bowled out in the 19th over having reached 184 with Matt Habberfield and Seth Locke both taking 4 wickets a piece.

Rounding off the Intermediate Cup Round One fixtures, Shapwick & Polden comfortably chased the 129-7 posted by Ilminster for the loss of 3 wickets.

Results in the Minor Cup have cup thick and fast over the last two weeks. Wiveliscombe’s Andrew Hill contributed 61* to Wiveliscombe’s 160-6 as they defeated Taunton Deane by 16 runs.

Bedminster’s Joe Moore hit 14 fours as he hit 91 off just 48 balls as he helped Bedminster to a 49 runs victory over Backwell Flax Bourton.

Sean Chambers picked up 2-3 off 3 overs as Yeovil reduced Middlezoy to 70 all out, in reply Yeovil took 10 overs to chase it down for the loss of 1 wicket.

Temple Cloud knocked out last years finalists Kilmington & Stourton by virtue of losing less wickets as 160-6 played 160-8. Whilst Bagborough comfortably chased 80 for the loss of no wicket to knockout North Petherton.

Long Sutton were 92 all out against Shapwick and Polden who comfortably recorded victory as Ben Trotman carried his bat.

Huish & Langport beat Castle Cary by 6 wickers thanks to a couple of solid mid-order knocks from Ben Richardson and Terry Crocker, whilst Timsbury recorded victory over local rivals Bear Flat to progress into Round 3.

Last years finalists, Kilve overcame Bishops Hull, with Jay Darrell starring with both the bat and the ball, and Glastonbury beat Chilcompton by the smallest of margins to book their place in the next round.