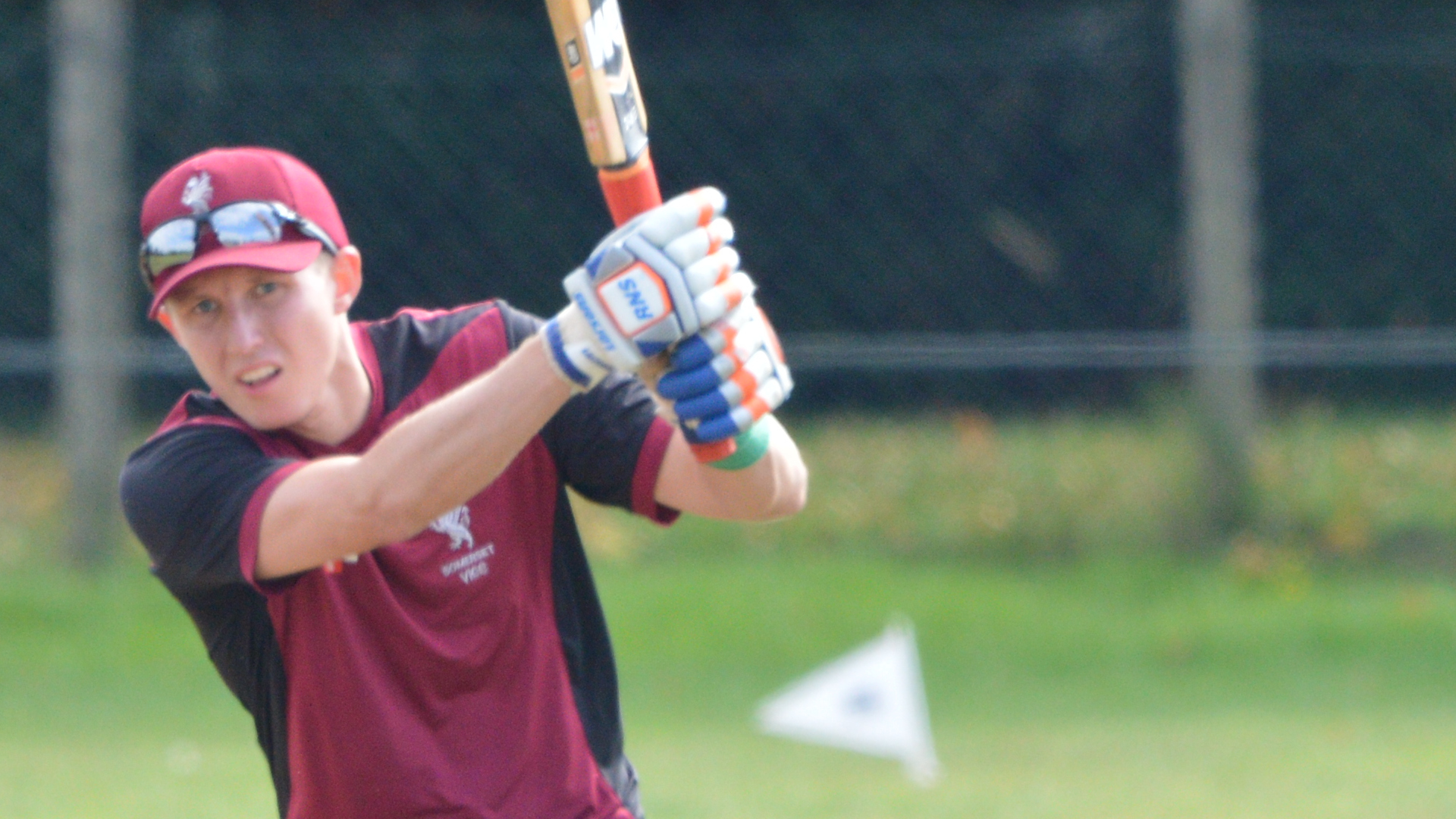 A chilly, breezy, overcast Wolverhampton saw Somerset VICC team transform itself from calm and collected at the start of the day to the dominant team that swept aside all challenges on their way to becoming National T20 champions.

It was a remarkable day not least because the pattern of play between the two games enjoyed an element of symmetry  demonstrating that victory was not by chance, and because Somerset just got better as a team through the day.

Somerset drew Yorkshire in their T20 semi-final and they were pleased that Yorkshire decided to bat. Somerset skipper Ed Hossell turned to brother Rory and Rob Crisp to open up the bowling.

Rory struck early to remove opener Ashburn.  Glover then took a deserved wicket thanks to Jelfs-White’s catch off Wilcox’s mistimed shot. Nathan Jameson and George Ferguson (14) started the counter from Yorkshire, with Jameson driving and pulling impressively on his way to 80. Mikey Contreras was to fall victim to one of Nathan’s fearsome pulls, injuring his knee in an attempt to field the ball. Sub fielder Adam White was immediately brought into action to patrol the mid-on region with great effect.

Despite losing early wickets, Yorkshire gained back the momentum with Jameson and Wilcock (31*) threatening to take the game away from Somerset. Despite Yorkshire’s run charge, Somerset continued to change the bowling, stayed motivated in the field and supported every run saved. Alan Mabey defied gravity on numerous occasions to make stops in the point/gully region and Frounks fielded bravely close in taking hits to the head and body to deny Yorkshire runs (Brian Close would have been proud despite it being against Yorkshire!).  Martin Hallett stepped up to bowl for the first time with Jameson on strike. Unintimidated by the occasion, Hallett went through his paces, called play and took the decisive wicket of Jameson thanks to Ed Hossell’s outstretched catch. Yorkshire could not respond as resurgent Somerset kept the runs down to 165, having managed to get their overs into the allotted time by the narrowest of margins.

The Hossell brothers opened up the batting for Somerset and started to build their response through a mix of controlled hitting and placement. The odd mistimed shot by both Ed and Rory gave Yorkshire a glimmer of hope early on but this gave way to resignation as Ed (83) peppered the boundary, scoring over 50 runs in 4s, whilst Rory hit a couple of magnificent 6s on his way to 48. By the time Yorkshire took their first wicket, Somerset were just 13 runs short. Ed immediately followed brother Rory back to the pavilion allowing Rob Crisp (7*) and Glover to finish the game with victory for Somerset by 8 wickets.

The T20 final was to prove a similar contest as Somerset took on Northants. This time Somerset elected to field first and Rory Hossell struck again in the first over taking the dangerous Shah (1). Undeterred, Greenhill (56) struck the ball powerfully to leg as he sought to wrestle back control from Somerset. Cook and Glover again combined to bowl their 6 overs. Both showed great control bowling a mean line whilst Cook’s variation bagged him two well deserved wickets. Heidi Linegar was determined that nothing would get passed her behind the stumps and her energy was contagious as Somerset’s fielding continued to impress and if anything improve on the previous game. With Greenhill now joined by Howells (37), Northants tried to push the run total beyond Somerset. Hallett was having none of it as he stepped up to take the wicket of Greenhill thanks to one of two steepling catches from Crisp. Ed Hossell now fully charged with the scent of victory completely turned the tables on Northants with a hat-trick that removed any chance of the Northants comeback and kept their total down to 128.

Rory and Ed opened the reply from Somerset and got the team off to a good start. Rory (13) succumbed to a shorter delivery from Miah that did not get up which allowed Glover (or was it Cook?) to join Ed (83). Glover (8*) drove, pulled and cut assuredly as Ed played with determination and intelligence, picking the gaps with more frequency than his previous innings but still reminding Northants that he was very capable of finding the boundary when the ball was there to be hit. By the time Northants got their man through a magnificent catch on the half-volley by Spence, the game was all but won. Once again Crisp (9*) and Glover/Cook saw the side home with overs to spare and 8 wickets in hand. Another handsome victory for Somerset and deservedly T20 champions.