Staff changes at Somerset Cricket Board 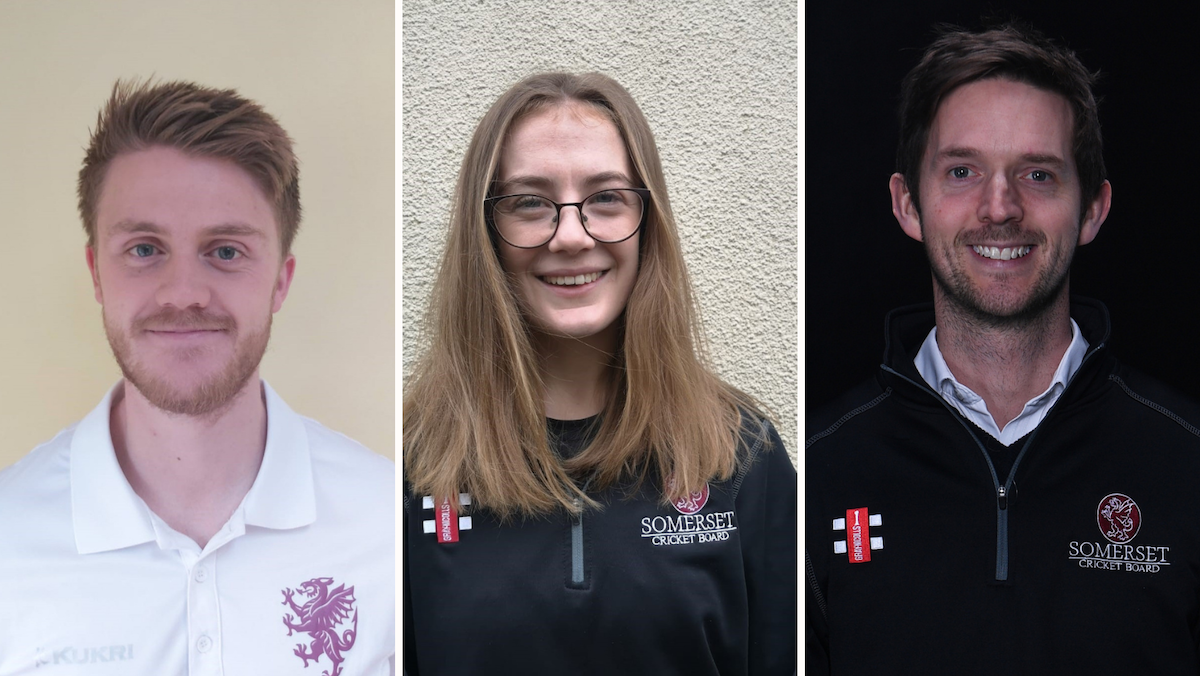 It has been a busy couple of months for staff changes at Somerset Cricket Board.

We are delighted to share information on five new members of staff who have been appointed to support our leagues, clubs and schools. We are also announcing the departure of our Executive Director, Andy Fairbairn (pictured) who has accepted a role with the ECB.

Emily Vickery and Mark Watts (both pictured) have been in post since October 2020 and filled the initial vacancies left by Andrew Skidmore and Sophie Luff. Emily and Mark joined Alex Taylor, our existing Community Coach in the North East of the County to lead on our delivery in schools, clubs and community settings across the county.

Emily has played for and coached at Taunton Cricket Club for many years and will be focussing her delivery in the North West of the County.

Mark plays his cricket for Frome Cricket Club and will cover the South East of the county.

We have also recently appointed Thom Bunker who will start with us in late April as our Community Coach for South West Somerset. Thom plays his cricket just over the border in Devon for Bradninch Cricket Club and has recently graduated from Cardiff Met University with a degree in Sports Coaching

Nicky Clarke started with us in March as our Development Officer for Clubs and Leagues. Nicky has been involved with cricket in Somerset for well over a decade in various capacities. She is the secretary at Weston Super Mare CC as well as a committee member of the West of England Premier League and the Somerset Cricket League.

Nicky will add much needed capacity to our workforce to support senior and junior leagues as well as playing a leading role in running the SCB KO cups and the U19T20. Nicky will also support our clubs to develop and grow by utilising national and local opportunities that are available to them. These include National Programmes (All Stars and Dynamos), Creating Welcoming Environments, the County Grant Scheme and the Safe Hands Management system.

Colette Gooding began her role as Development Officer for Women & Girls on April 6th. Colette’s arrival means that Steve Gass will relinquish his previous women and girls responsibilities and will now focus all of his efforts on community programmes including disability cricket and Super 1s.

Colette has recently been working for Table Tennis England having previously worked for Surrey Cricket Foundation and Guernsey Cricket.

Colette will be supporting clubs to establish, sustain and grow their female-only cricket sections. There has been significant growth in female cricket in Somerset in recent years and Colette will be looking to build on strong foundations in the soft-ball game and develop our fledgling hard-ball offers for both women and girls across the county.

After nine years in the role, Andy Fairbairn will be leaving us at the end of May to take up a new role at the ECB. Whilst we are delighted for Andy and the advancement of his career we will be sorry to see him go.

Andy will continue to have close ties with Somerset in his new role with the ECB as the Network Partner for the South West and Wales.

Our search for a new Managing Director has begun and full information on the role can be found in the job advert.