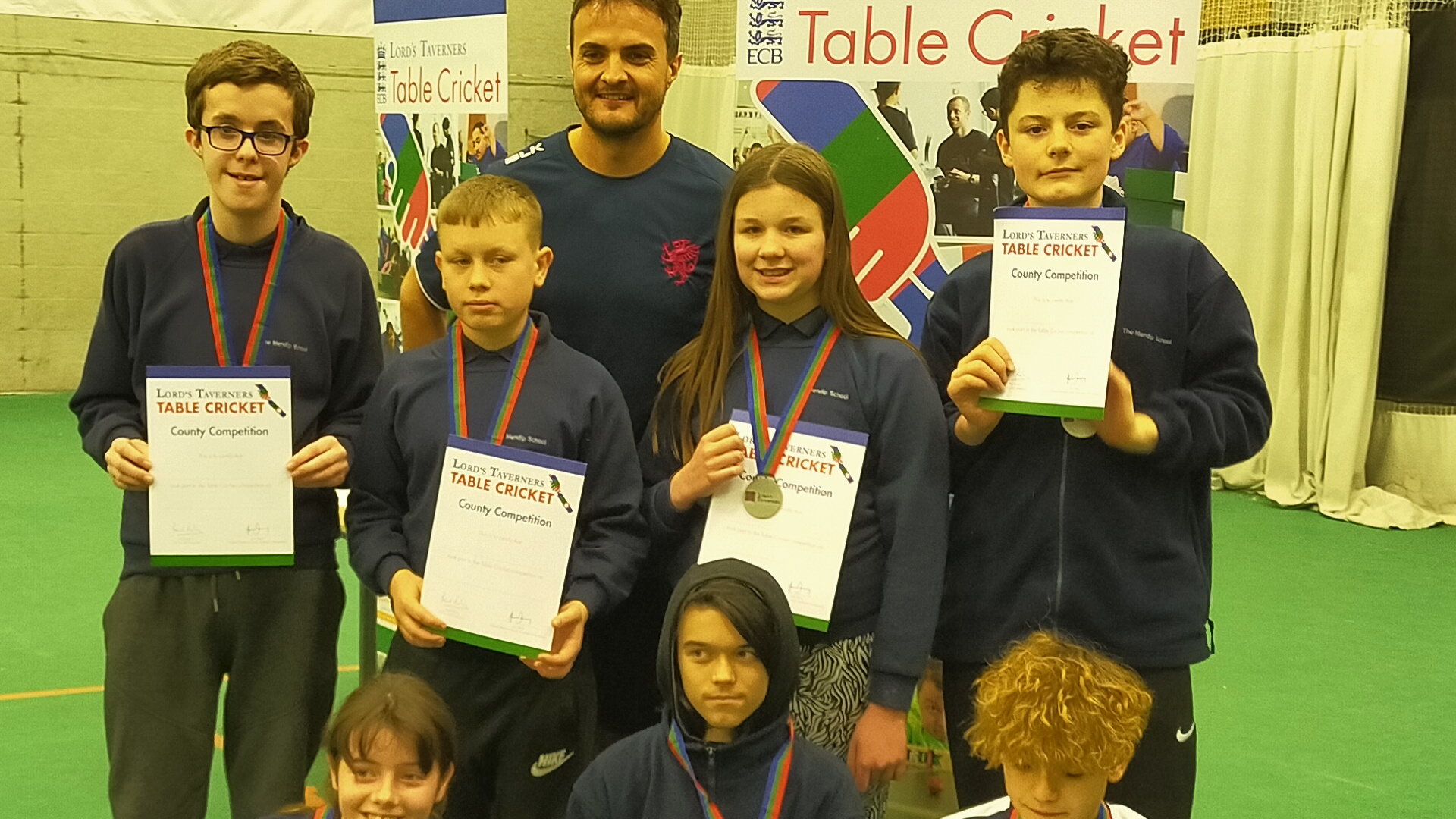 The Cooper Associates County Ground staged the County Finals of the Lord’s Taverners Table Cricket competition earlier this week and Somerset’s Jack Brooks was on hand to present the prizes.

16 teams competed across two venues, with 12 teams competing in the final which was staged in Somerset CCC’s Indoor Centre of Excellence.

Table cricket provides young people with physical or learning disabilities with the opportunity to play in a competitive game of cricket. The game is played on a table tennis table with side panels and sliding fielders placed around the table to create an arena. A small ball and ramp are used to bowl, and a wooden bat enables players to score runs. The emphasis is on teamwork and sportsmanship in an informal and enjoyable environment.

At the end of an incredibly close competition is was The Mendip School, from Shepton Mallett who came out on top.

The event was run by Somerset Cricket Board and Jack Brooks watched a number of the matches before handing out the awards at the end of the event.

Following the competition, SCB Growth and Participation Officer, Steve Gass said: “It’s been a fantastic programme with a record 16 schools participating. Everyone seemed to really enjoy it. We’ve had a lot of positive feedback and it looks as though the young people have taken a lot from it.

“Table cricket gives young people who perhaps don’t have regular opportunities to play competitive sport or represent their schools the chance to compete on behalf of their school.

“Over the course of the programme we were also really pleased to have had two schools involved who have been really supportive of the initiative. Both The Castle and Writhlington School supported our events with young leaders who leaders officiated, scored and supported the players. They have been fantastic and essential in running the competition.

“The Mendip School were very worthy winners and we hope that they go on to represent Somerset in the Regional Finals in March.”