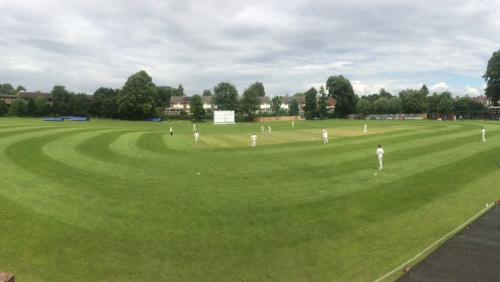 For: Players, volunteers and supporters of recreational cricket in our three counties.

The announcement made by the Government last Friday evening (3rd July) that matches of recreational cricket could return from tomorrow (11th July) was very welcome news for the whole cricket family.

Volunteers who run cricket clubs have had a very turbulent few months and will be dedicating many hours to ensuring that clubs adhere to all government and ECB guidelines to enable the game to be covid-19 secure.  Your support, understanding and adherence to all guidelines is essential to the safe return of our sport.

Please take the time to read the guidance for players that has been released by the ECB prior to playing in your first match this season.

Volunteers who run leagues have also been working very hard, they have demonstrated great collaboration and flexible thinking to try and organise appropriate fixture schedules for the remainder of the season.

Based on feedback from players, clubs, and in line with government guidance, most leagues are required to localise fixtures to maximise participation. Reducing travel for fixtures naturally pools teams together who wouldn’t have played in the same league this summer. This is a necessary trade off and one that should be viewed with positivity wherever possible.

This will mean that some weeks you will play against teams from either two leagues below, or above, your usual standard. These are teams and players that you may not normally come up against and there is a great opportunity to experience different grounds, build friendships and bring the game closer together. We hope you will all take the opportunity to do this rather than being frustrated at not playing against your usual opposition.

Some clubs are unable to offer any cricket this year, some clubs are unable to play matches at home and many clubs are putting out fewer teams than previously planned. These factors combine to make the production of consistent and fair fixture lists across the three counties impossible. Some teams will play fewer matches than others, some teams will play other teams twice and others only once. Sadly, there is no perfect model.

League administrators are putting in many hours of work to pull together the best possible fixture lists for players and teams. Due to the complexities of a pyramid system of league structures these fixtures will not be finalised until at least Wednesday 15th July, more likely around Friday 17th July.

The recreational game is absolutely buzzing about being able to play matches this summer and huge thanks go to all the incredible volunteers that are enabling us to do so.