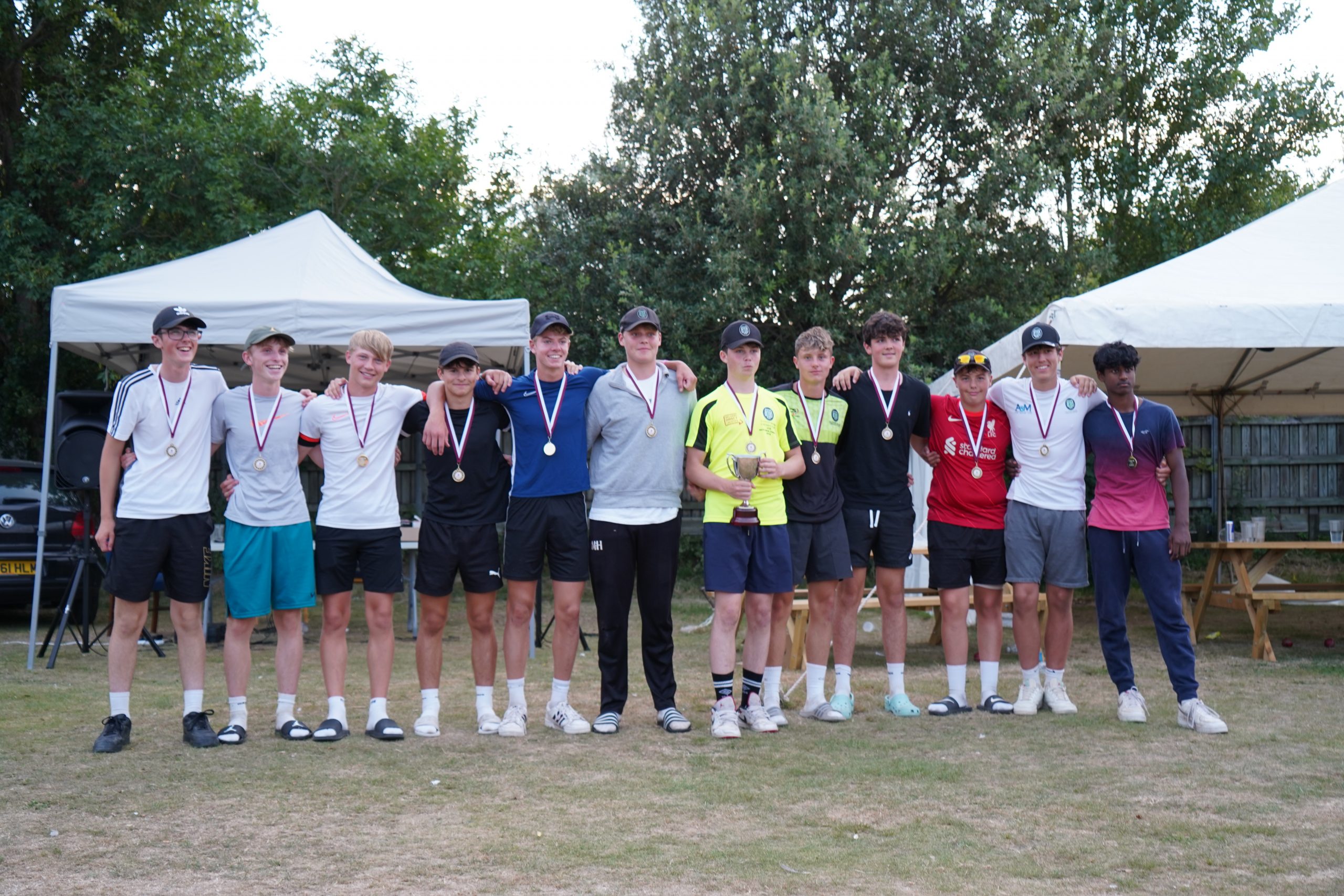 Earlier in the season the new u16 Somerset Smash was launched, a competition designed to keep young players in the game, and be able to continue competing against their peers, with the added draw of playing different opposition and wearing coloured clothing and having the full match day experience.

In it’s first year, the Somerset Smash is already on par with the Vitality U19 Club T20 in terms of number of teams competing, and will hopefully only get bigger. You can catch up on all the group stage action here.

19 teams started the competition, and the best 7 teams came together on Sunday 14th August to compete in the finals day, jointly held at Uphill Castle Cricket Club and Weston-super-Mare Cricket Club.

In 32 degree heat Taunton Deane began dominantly, hitting 212 against Shapwick & Polden, with both Alex Chaffey and Ged Williams-Pritchard retiring. Wickets were shared amongst the Deane bowlers as Shapwick struggled to get to grips with a strong bowling performance and were bowled out for 59.

Uphill Castle then faced Deane having had a bye in the quarter-final. Deane continued their good form and booked their place in the final, striking 221/2, before restricting Uphill Castle to 83/8.

Over the road, Bridgwater took on Weston-super-Mare in the first quarter-final, while Frome faced Taunton St Andrews on the second pitch.

Not to be outdone, Weston posted 189/3, with Charlie Cunningham, Jack Trego and Ryan Hearse all retiring at 40. Bridgwater were unable to defend as Harvey Richards and Dan Pashley took out the top order, taking 5-18 between them.

Meanwhile, Frome and Taunton St Andrews took part in a competitive match as 142/4 played 124/4. Batting first, Taunton St Andrews captain Ben Mason retired on 40 off 28 balls, the pick of the Frome bowlers being Fred Parker who too 1-11 off 15 balls. In reply the Frome top order started strongly but ran out of steam in the heat, meaning that St Andrews booked their spot in the semi-final.

Dan Pashley continued his good bowling form from the quarter-final and he and Harry Gadsden helped to restrict St Andrews to 114/9. In reply, a few extras helped Weston on their way, but some good top order hitting from Aait Potdar and Ryan Hearse saw Weston over the line to win by 7 wickets, and booking their place in the final against Taunton Deane.

Weston struggled against the experienced Taunton Deane bowling attach, which included 3-23 from Alex Chaffey who continued his good finals day form. Jack Trego rallied with 34 not out and Weston posted 108/7.

Deane started strongly, but an immense spell from Harvey Richards which included 16 dot balls and 2 wickets or 4 runs pegged back progress, and crucial wickets fell meaning the game remained in the balance until Brogan Flitton opened up and hit 33 off 34 balls to see Deane home by 5 wickets with only 5 balls to spare.

You can catch up with the action from the final here

It’s been brilliant to be able to launch a competition to compliment the established and popular u19T20. The way the clubs and players have engaged shows the value of the u16 Somerset Smash and hopefully it will be bigger and better in 2023.

Somerset Cricket Foundation extend their thanks to Uphill Castle Cricket Club and Weston-super-Mare Cricket Club for their hospitality, and also to SACO and GACO for appointing umpires, without the support from our clubs and umpires it would be impossible to run a finals day on this scale.