Keeping the mind and body in shape

Somerset Over 70s provides the opportunity for those who, having possibly progressed through other ‘Senior Sides’ or who are looking to re-engage with cricket in their ‘advanced years’, can join with others in an enjoyable and fulfilling experience, and keep body and mind in better shape. We are always welcoming of new players, so please contact us If you are interested in playing in the coming season. 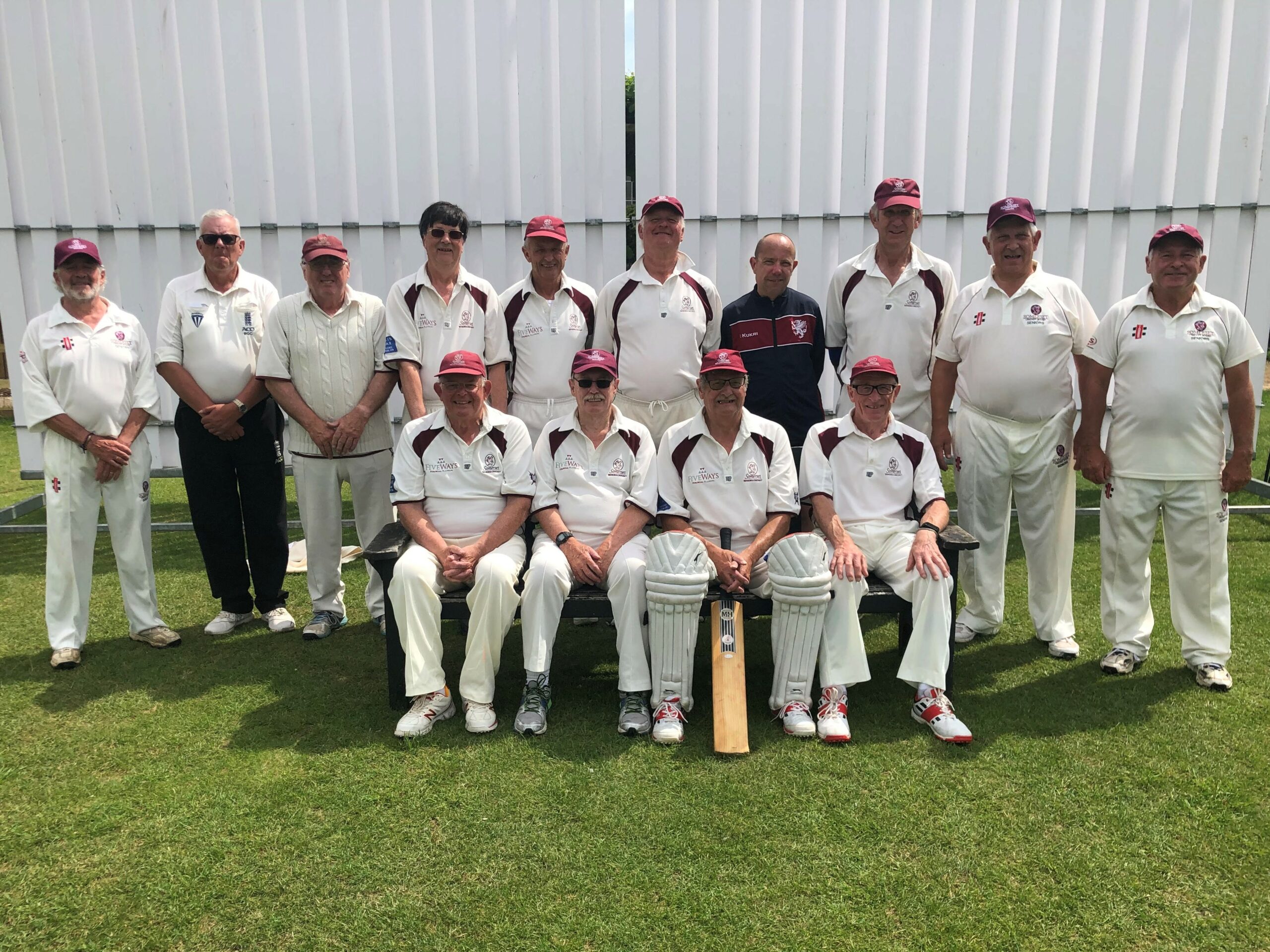 In only their second National Over 70s League season, Somerset reached their first final, losing in the Vase Final. Somerset began with defeats against Hampshire, just failing to chase 230 despite unbeaten half centuries

from Somerset’s England player, Steve Sheppard, and Steve Chaudoir, and against Devon. After a walkover over v Wiltshire and a cancellation at Worcestershire, Somerset set a competitive target against Gloucestershire with Sheppard (45*) again top scoring. Tight bowling from Philip Webber (8-3-21-0) and Glyn ‘Polly’ Flinders (5-2-8-2) saw Somerset to their first win on the pitch albeit under the DLS method. Defeats against Wales, despite an unbroken partnership of 106 between Steve Pursey (76*) and Andrew Taylor (49*), and Hampshire followed.

Flinders took over the captaincy from the injured Nigel Manley but rain curtailed his first match in charge against Devon after another half century from Sheppard. The renaissance under Flinders quickly gained momentum with comfortable victories over Wiltshire (Sheppard 51, Webber 42, Steve Edwards 45 and 3-24) and Worcestershire (Brian Hamer 68, Flinders 6-2-10-2). Somerset travelled to Gloucestershire without Sheppard only for Gloucestershire’s own two England batters to put on 171. The reliable Geoff Flynn dismissed them both but the target was a daunting 258 – though nobody told the Somerset batsmen. Hamer (49) hit eleven boundaries, the same number as Brian Pearson in a magnificent 85. Webber hit his first ball over the bowler’s head, two hedges and a road but wickets continued to fall leaving ten needed off the last over with two wickets left. Webber (40*) won it with a ball to spare for a memorable victory. Half centuries by Hamer and Pursey weren’t quite enough to beat Wales but Somerset finished high enough for a bye to the Vase quarter finals. Sheppard’s undefeated 80, well supported by Taylor (41*), saw off Leicestershire.

Semi-final opponents Hampshire had already defeated Somerset twice but Hamer (82) and Pete Rebera (40) gave us a great start, finished inevitably by Sheppard (58*). Hampshire didn’t get close after Pearson’s opening spell of 8-1-20-1. Sadly, it was an anticlimactic final against Devon, Somerset failing to adapt to the conditions after heavy overnight rain. However, that should not detract from what was a successful and most enjoyable season. Our thanks to umpires Chris Martin and Mike Cook and ever-present scorer Chalky Whyte.